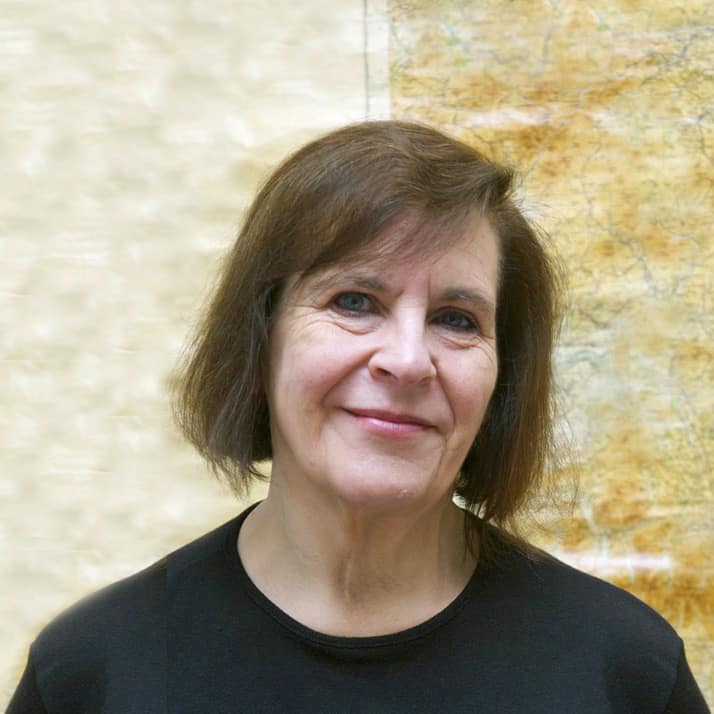 “I construct vessels and other forms using willow, the traditional British basket making material. My work is informed by my knowledge of baskets and basketry, but my pieces are usually made using techniques that I have devised myself. I draw inspiration from architecture, boats, ceramics and natural forms and the art of the Constructivist movement.


My recent work has developed out of an interest in grids, fences and scaffolding. I have made a series of baskets that comprise a stack of willow grids, carved into in various ways to make bowls. The shadows cast by these baskets are significant as the containers themselves and I am particularly interested in the way the stack of grids changes from two to three dimensions as the viewer moves around the basket.
Composed of grids and contour lines, these baskets are assembled as one would build a relief model from the information on a map. My degree is in Geography and my love of maps has surfaced in this work.”

Dail Behennah’s stainless steel balls are based on a traditional ball from South East Asia used in a game called ‘sepak raga’ in Malaysia.  There, it is made from rattan cane and is very light.  Dail has added another layer to the traditional weave and the ball consists of 16 pieces of rope.  There are thus 32 ends hidden within the ball. The rope is normally used for rigging on ships and for heavy lifting gear and although very expensive, Dail enjoys working with it because it is uniform throughout its length and is naturally springy, forming perfect circles without any Kinks or bulges.

Dail Behennah has work in the following public collections: 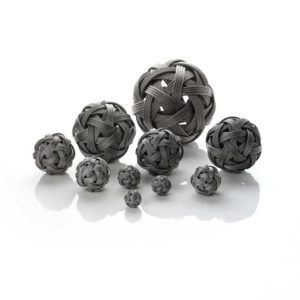 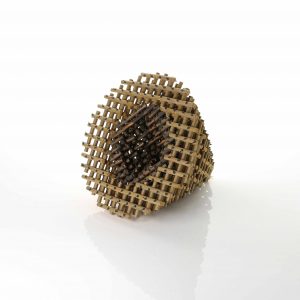