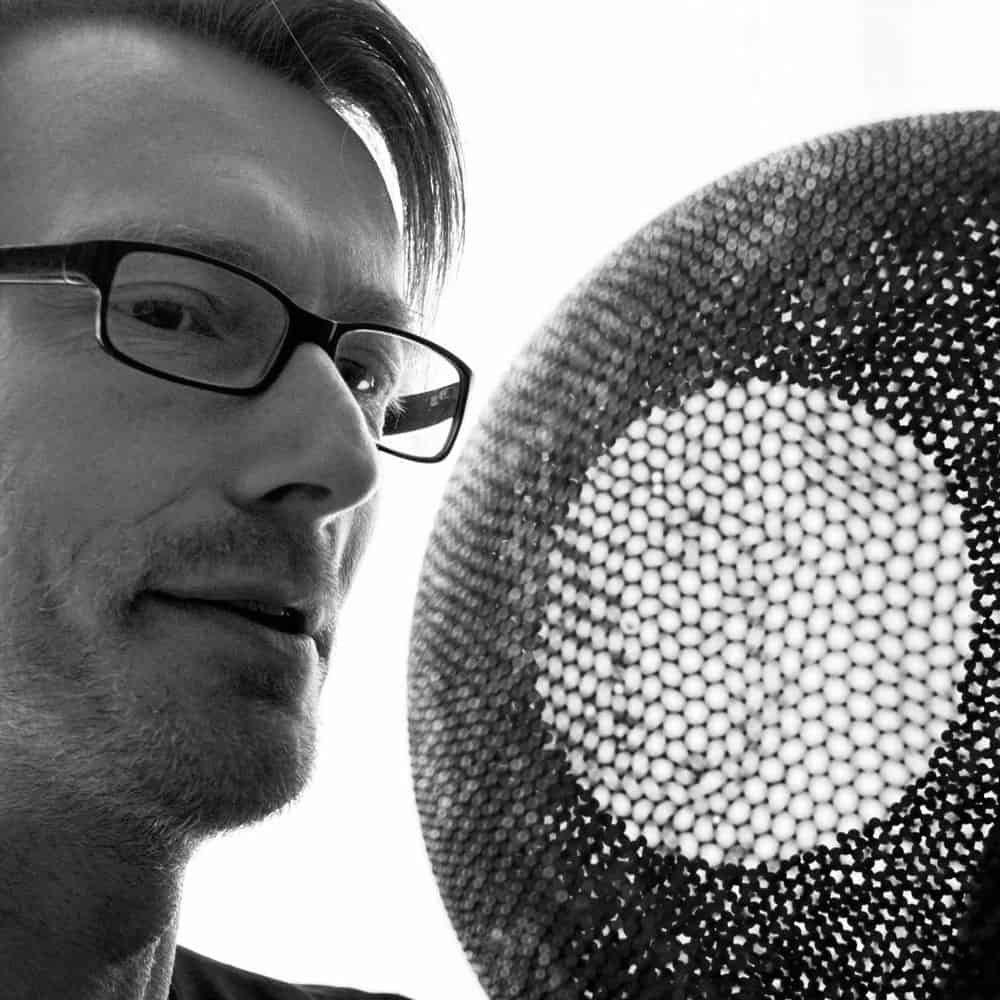 David Huycke is a Belgian silversmith and has worked since 1993 as an independent artist in the field of the sculptural art-objects.

He first made a name for himself with his sets of dishes, simple design and subtle use of materials and is now best known for his innovative approach to the traditional technique of granulation. Huycke sets to work like a scientist or an alchemist, casting in moulds non-existent and seemingly impossible concepts, incurring along the way risks such as breakage or collapse. Eventually those ideas and experiments are selected and elaborated into an object where they exude a degree of stillness and have a natural obviousness, as if the work could not have been made any other way.

His work is shown in galleries and museums worldwide, and can be seen in permanent collections such as in the Victoria and Albert Museum, the Design Museum Gent, the Deutsches Goldschmiedehaus Hanau, the Indianapolis Museum of Art and in many other collections. In 2007 he received the Bavarian State Prize for Contemporary Crafts, awarded by the IHM, Munich. In 2010 he obtained his Ph.D. in Arts with The Metamorphic Ornament: Re-Thinking Granulation, a practice-based research project on the artistic relevance today of the ancient technique of granulation.

David Huycke is professor at the PXL-MAD School of Arts Hasselt, Belgium and at the Faculty of Architecture and Arts at Hasselt University

Working in Belgium and Germany

David Huycke has work in the following public collections: 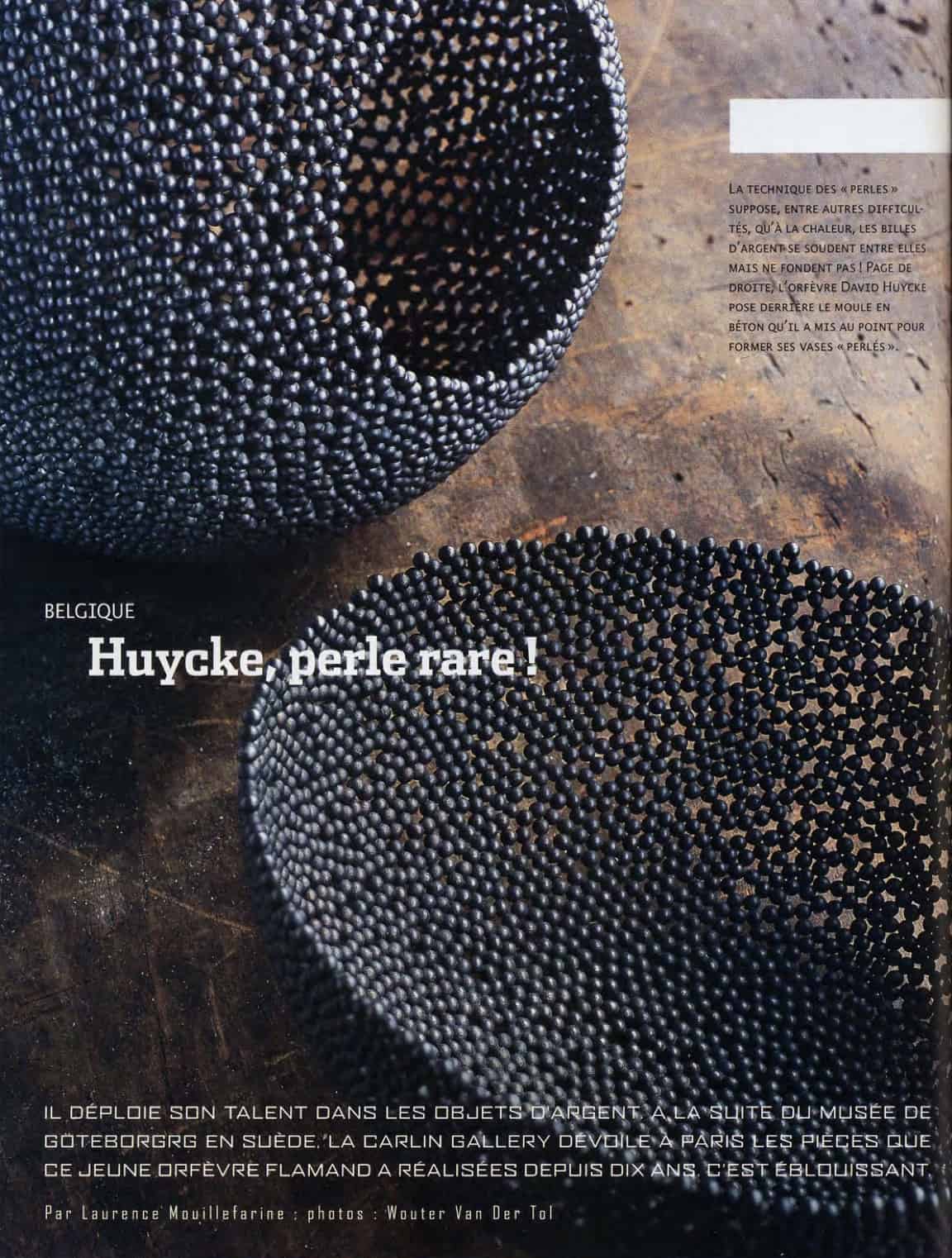