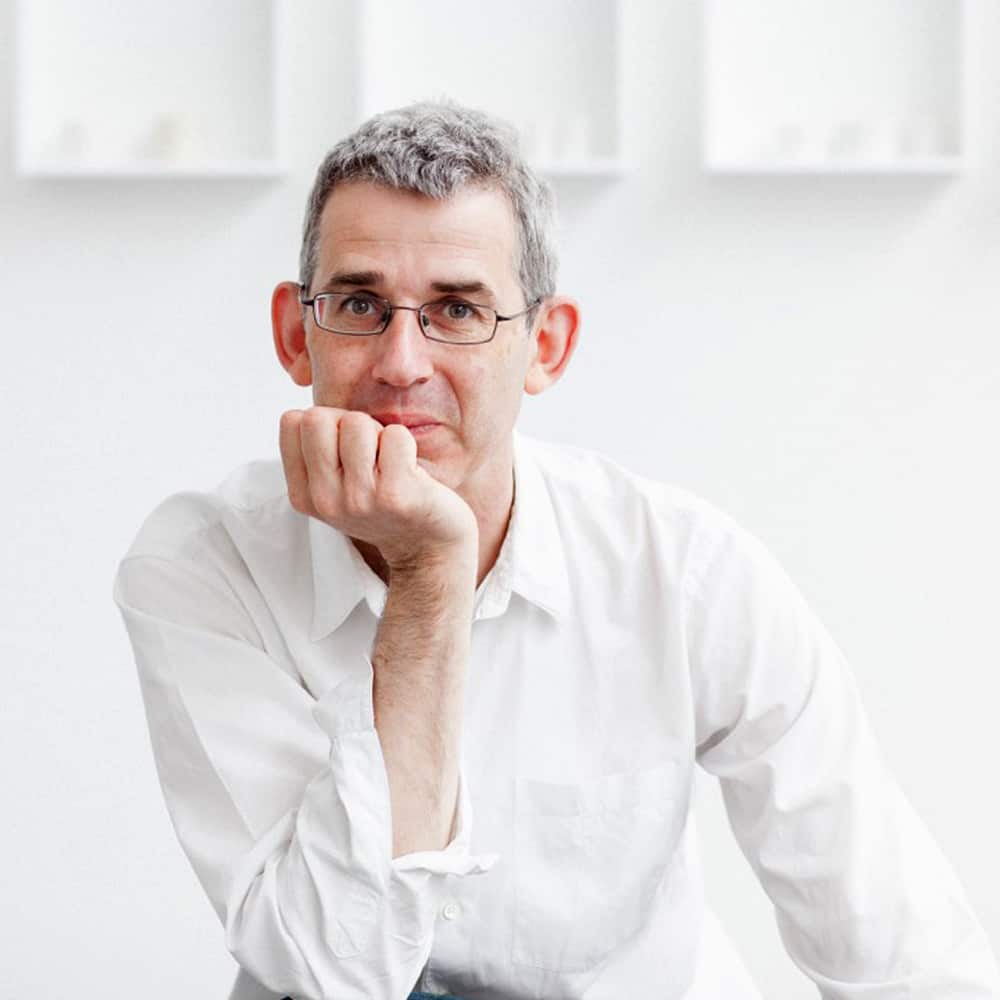 Edmund de Waal is known internationally for this celadon porcelains as well as for his writing and lecturing on the subject of 20th century British studio ceramics. He has specialised in the use of thrown Limoges porcelain with a celadon glaze sometimes oxidised to a creamy tone. His work is often arranged in large quantities forming precious ‘cargo’ sets.

‘De Waal’s art speaks to his enduring fascination with the nature of objects and the attendant history of their collection and display. His poignant memoir The Hare with Amber Eyes (2010) is a family biography whose recurring motif through five generations is a large collection of netsuke. A potter since childhood and an acclaimed writer, de Waal’s studies of the history of ceramics have taken him from ancient Japan to late modernism. He confronts European and Asian traditions of intimate craftsmanship with the scale and sequence of minimalist art and music.

De Waal’s desire to transcend utilitarian pottery was evident in his transition during the 1980s from clay to more refined porcelain, a medium that demands acute focus of mind and eye as well as a swift hand. A new audacity is expressed in the sheer number of pots and their arrangement. Impact is achieved through scale and multiplicity, yet the subtle iterations of the handmade process are maintained.’

From the catalogue of Edmund de Waal: Atemwende, 2013

Edmund de Waal has work in the following public collections: