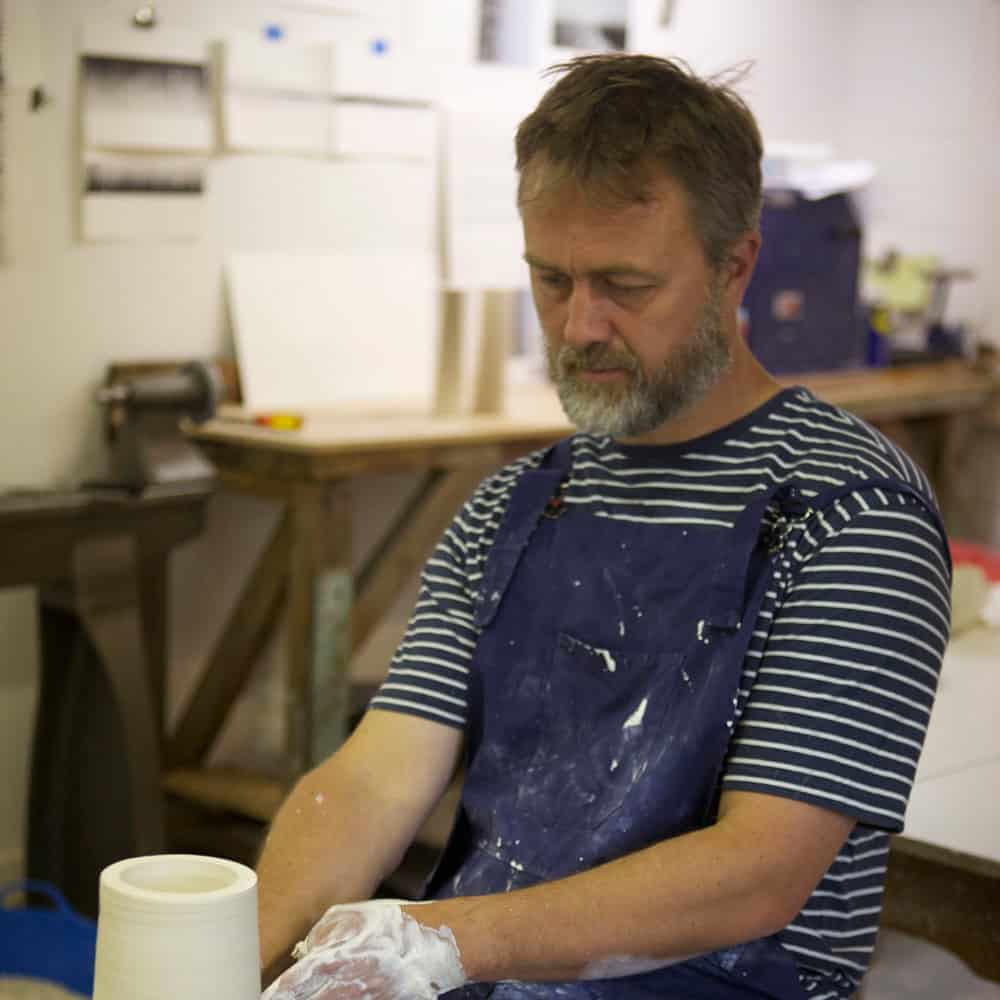 "These works draw upon some of the histories of ceramics such as the use of throwing and lathe turning in the making of vessels by Wedgwood and the production of porcelain insulators. They are modernist in their formality and geometry. The pieces are made from porcelain, first thrown on the wheel as massively thick walled vessels and then turned on a lathe whilst leather hard. They are intensively hand crafted, involving risk and patience, but wear this subtly in their visual presence, seeming possibly to come as much from the machine as the hand."

This series of work evolved out of research for an MPhil by project at the Royal College of Art. In considering transitions between two and three dimensions in the production of artworks, I looked at shadows and silhouettes and became interested in the penumbra – half shadow, half light. I am making a series of optical vessels embodying a penumbra of material, an uncertain presence that captures a dialogue between solidity and ephemerality. The objects have a dynamic relationship with space, light and the body of the viewer. The perception of their presence constantly shifts according to variations in these factors.

Nicholas Lees has work in the following public collections: 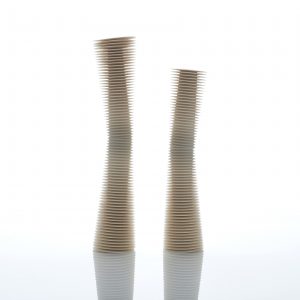