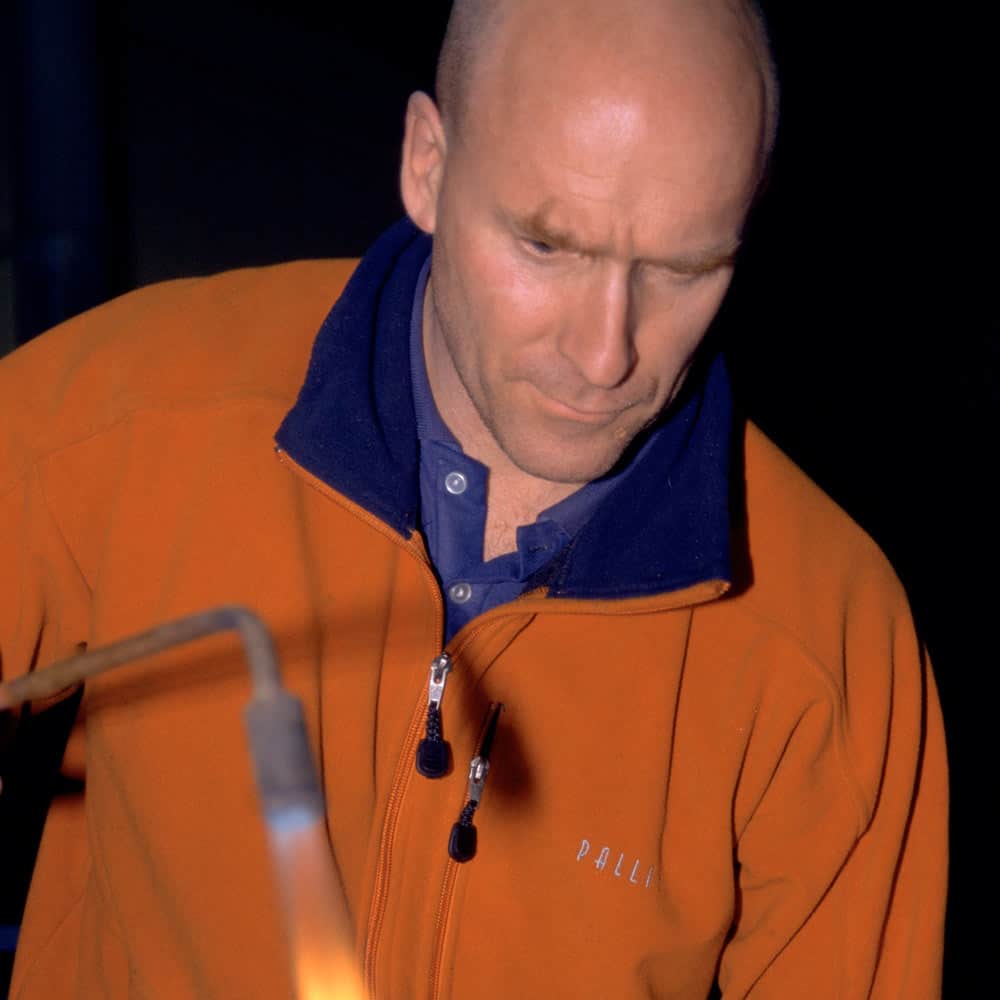 Robert Foster trained in traditional silversmithing at the Canberra School of Art in Australia, and successfully worked as a designer and maker of unique functional objects for thirty years. Foster’s craftsmanship was deeply rooted in a highly developed sense of aesthetics and technical proficiency.

Foster brought to his work the combination of the natural inquisition of an engineer with the creativity of a designer. His diverse understanding of process and his constant need to challenge visual language made him one of the most contemporary notable designer makers.

Robert Foster’s work can be found in the following public collections: