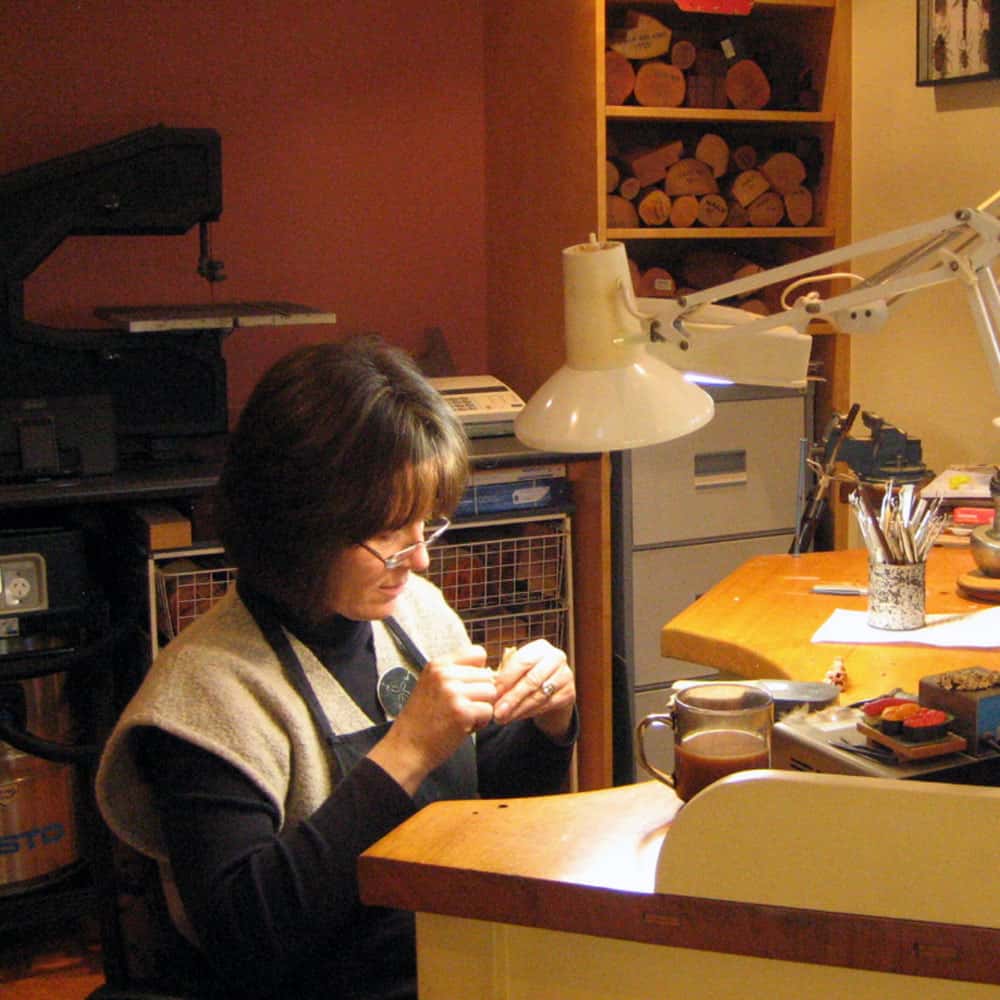 Susan Wraight trained originally as a jeweller but after exposure to the tradition of Netsuke during a museum visit while at college, she was inspired to retain the small scale of her jewellery but to change her medium. Netsuke is a traditional Japanese craft of carving miniature wooden sculptures designed to be used as toggles to hold the obi (sash) in place. Netsuke were widely worn during the Edo period (1615 – 1868). The later popularity of western dress in Japan made their use as an element of everyday wear redundant and Netsuke are now regarded as sculpture in their own right.

Eschewing traditional ivory, Susan works in dense and tightly grained wood such as European boxwood and holly, which retain fine detail. She also uses Tagua nut, known as vegetable ivory, and uses inlays of, for example, amber and mother of pearl. Working in a western vocabulary, Susan draws her main inspiration from nature and manages to imbue her tiny carvings with a mischievous sense of life.

Susan Wraight has work in the following public collections: