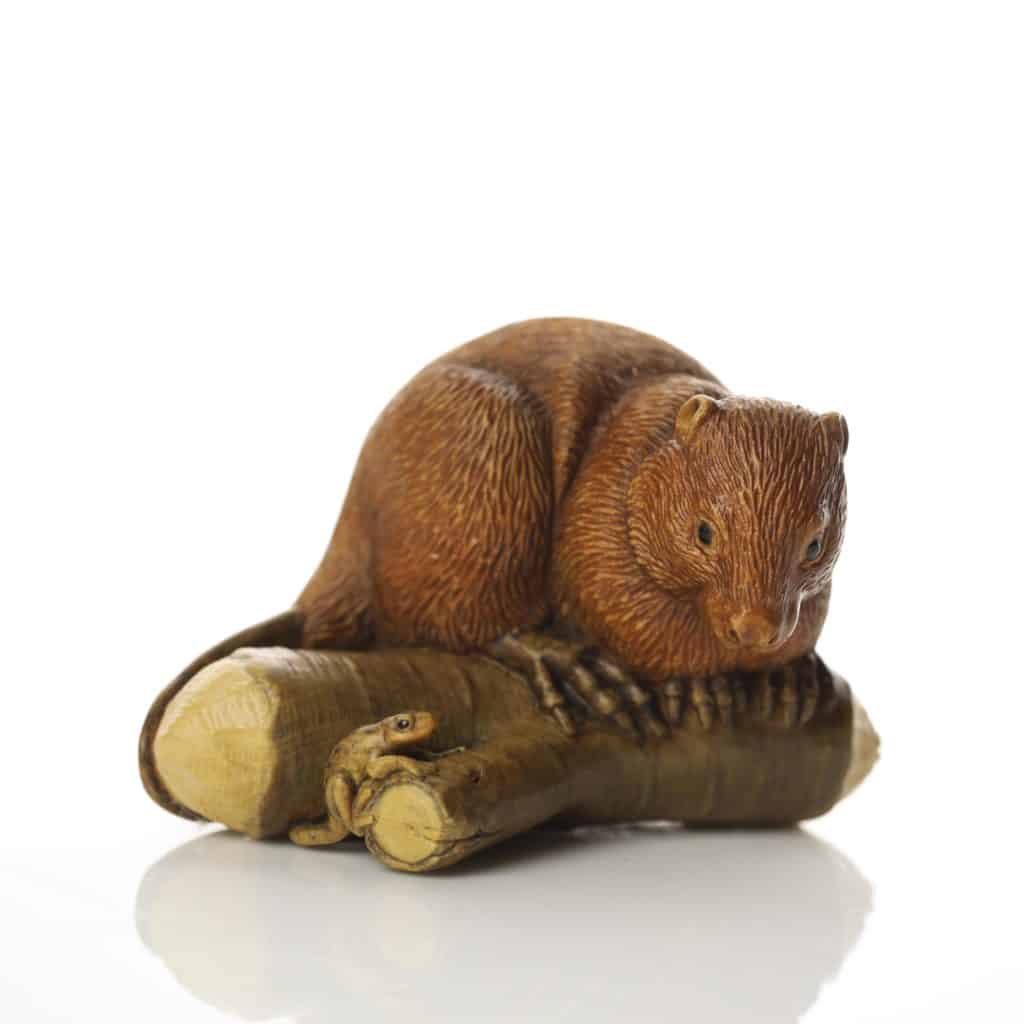 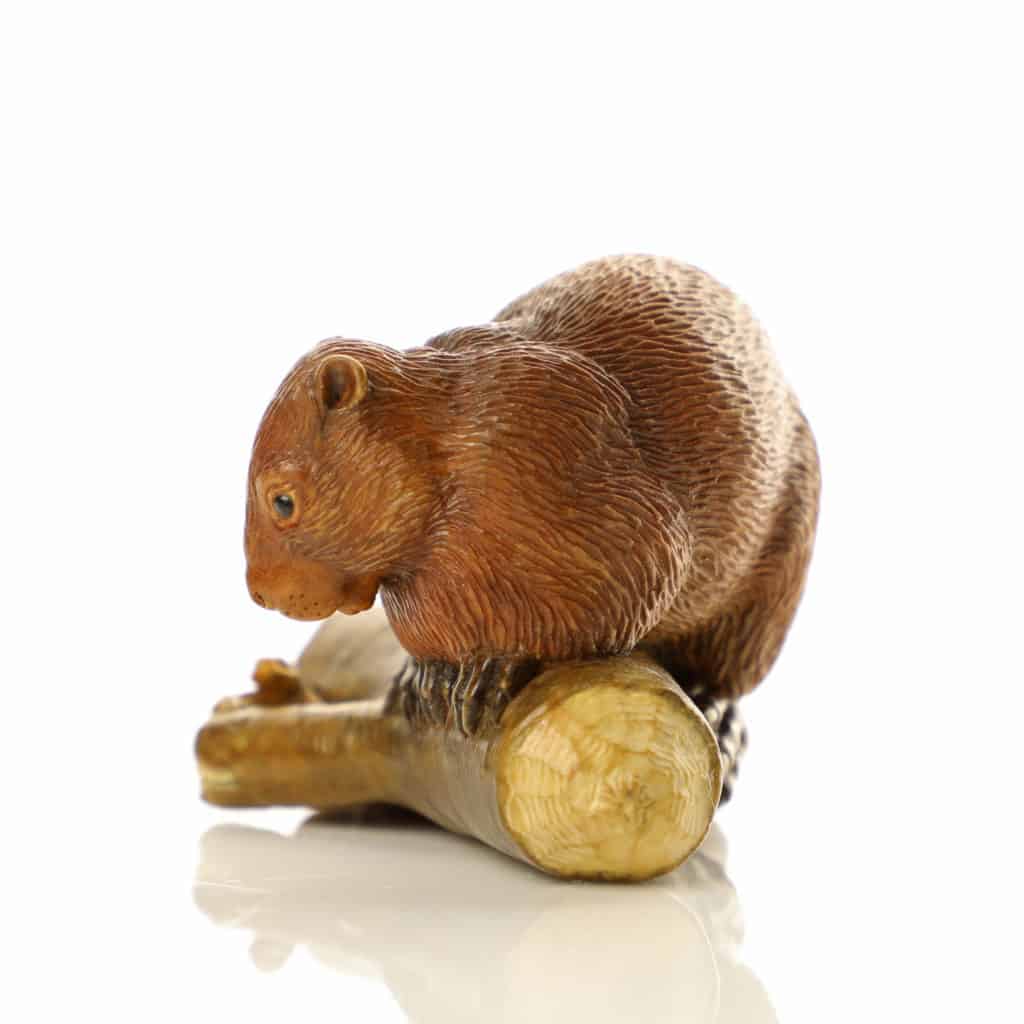 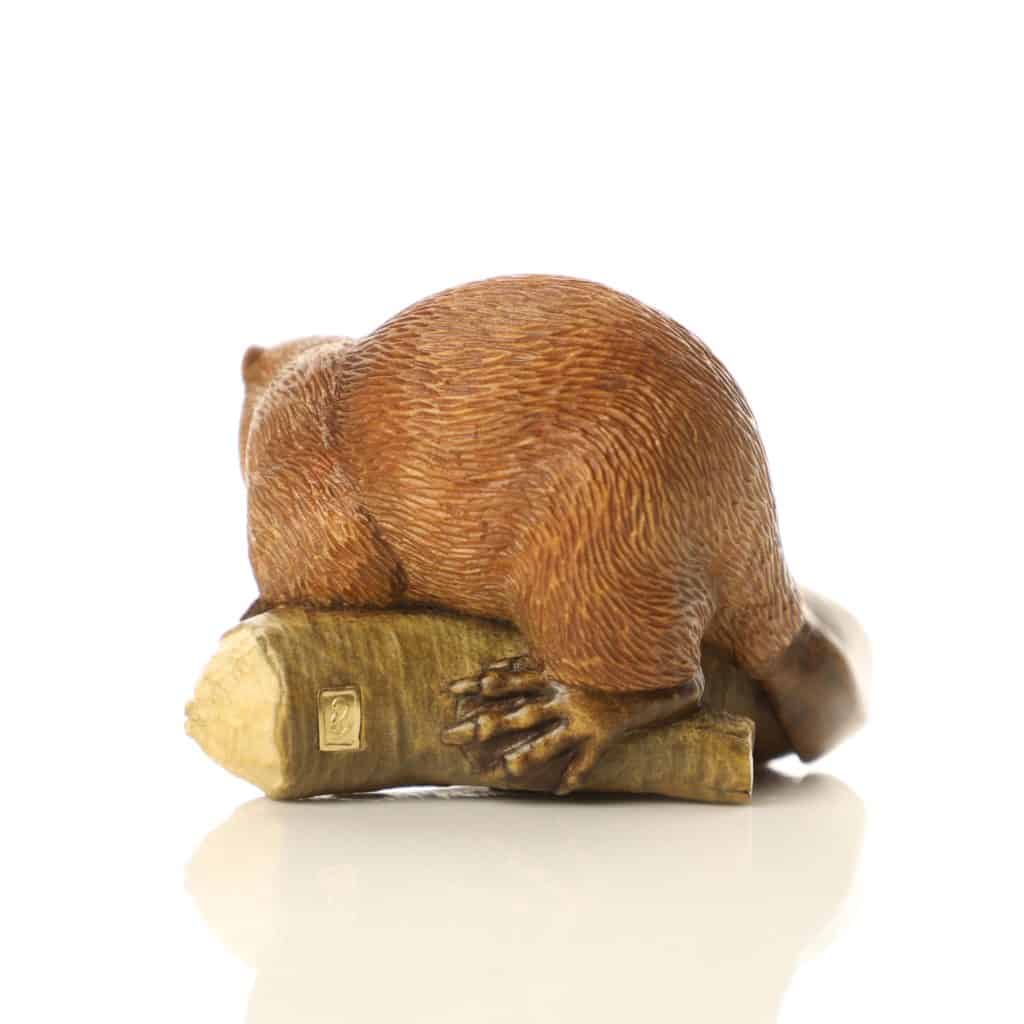 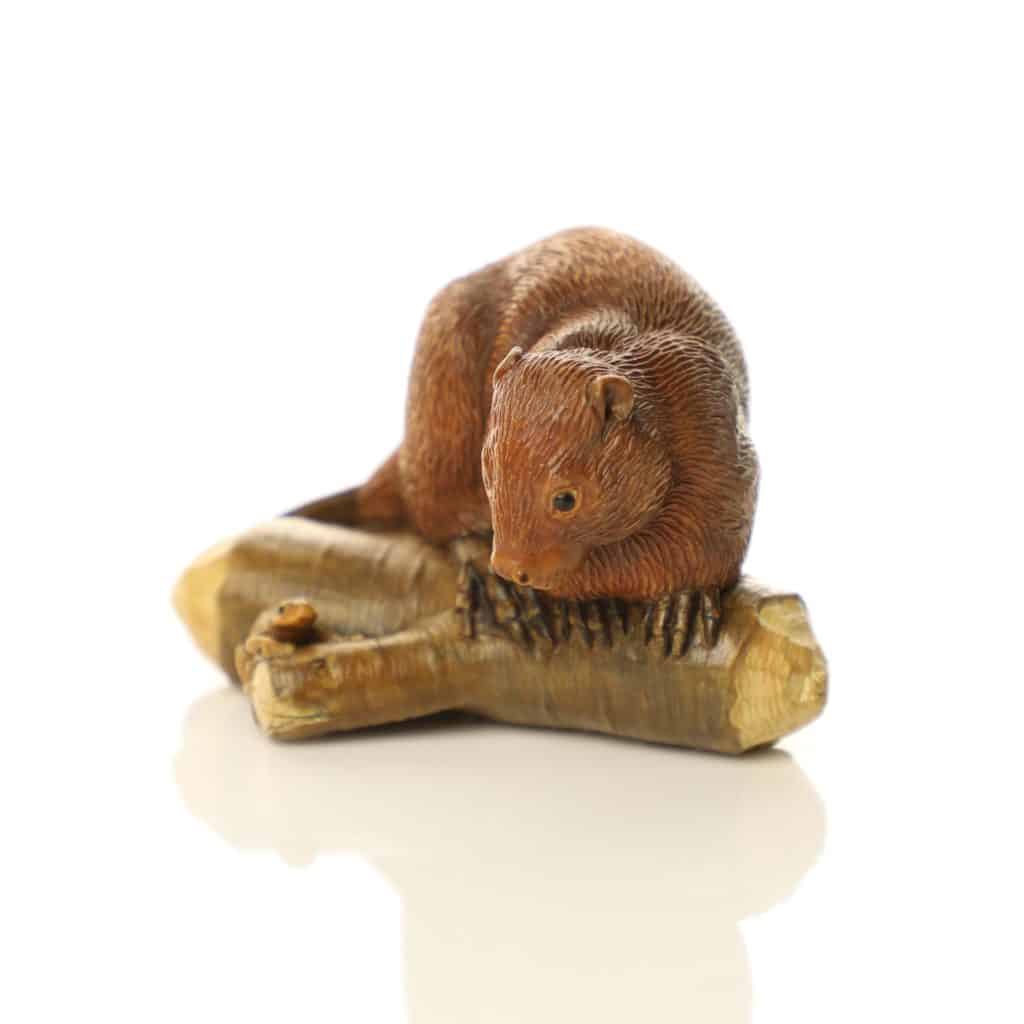 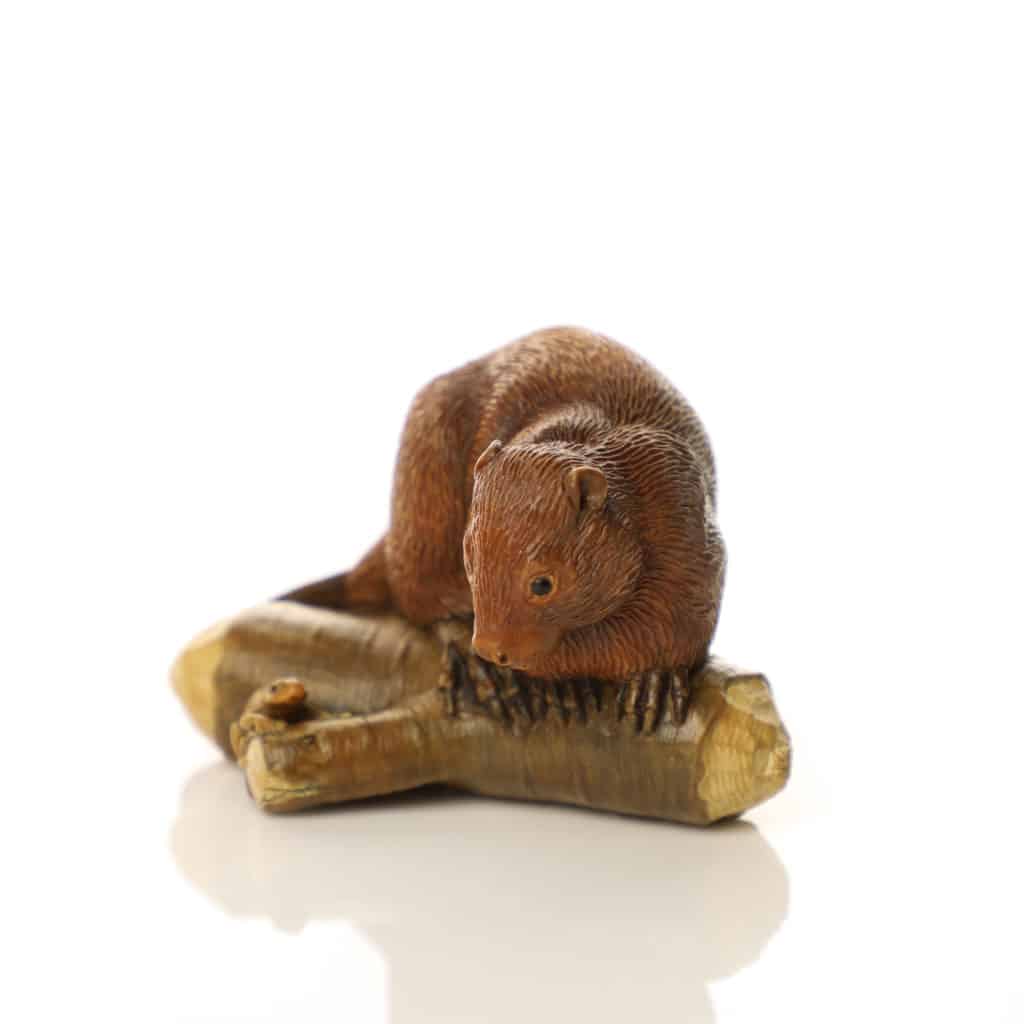 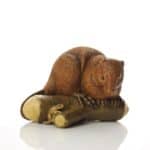 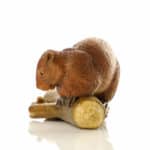 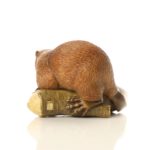 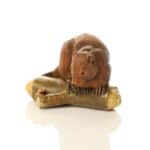 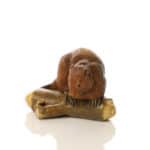 Netsuke, hand-carved stained boxwood with inlaid buffalo horn
Signed on an inset tablet of 18ct gold
Made by the artist in Melbourne, Australia

Netsuke is the traditional Japanese craft of carving miniature wooden sculptures designed to be used as toggles to hold the obi (sash) in place on a kimono. This netsuke, Beaver, is the seventh in a series that memorialises words that were precious to me during childhood, but are now in danger of fading from use. “Landmarks”, by Robert Macfarlane, is a study of the British landscape and language, and the opening chapter describes how, in recent years, the Junior Oxford English Dictionary cut around 50 words connected with nature and the countryside from the 10,000 entry volume. Words like acorn, catkin, conker, cygnet, mistletoe, nectar, and pasture were replaced with analogue, blog and chatroom - words associated with the increasingly interior, solitary, modern childhood. As Robert Macfarlane says so concisely: “For blackberry, read BlackBerry”. I was deeply saddened by this move, and what it says about the changing character of childhood, of increasing social isolation, and our collective withdrawal from the natural environment. I decided to make a series of carvings that would stand on their own merits as depictions of British nature, but would also serve to memorialise the ‘lost words’ that were so much a part of my Sussex childhood. Beaver is one of the lost words, and when I learnt that this animal, extinct in Britain since the 16th century, has been successfully reintroduced in recent years, I felt that this subject would best represent my desire that those excised nature words be reintroduced to the Dictionary. In this carving, a Beaver sits astride a log that he has just felled. His attention has been drawn to a newt that is climbing up beside him (‘newt’ is another lost word). This tiny creature stands to benefit greatly from the Beaver’s activities, which will create a wetland through building a dam across a waterway.... possibly on the River Otter in Devon (‘otter’ is yet another lost word), where beavers are now thriving once more. Susan Wraight