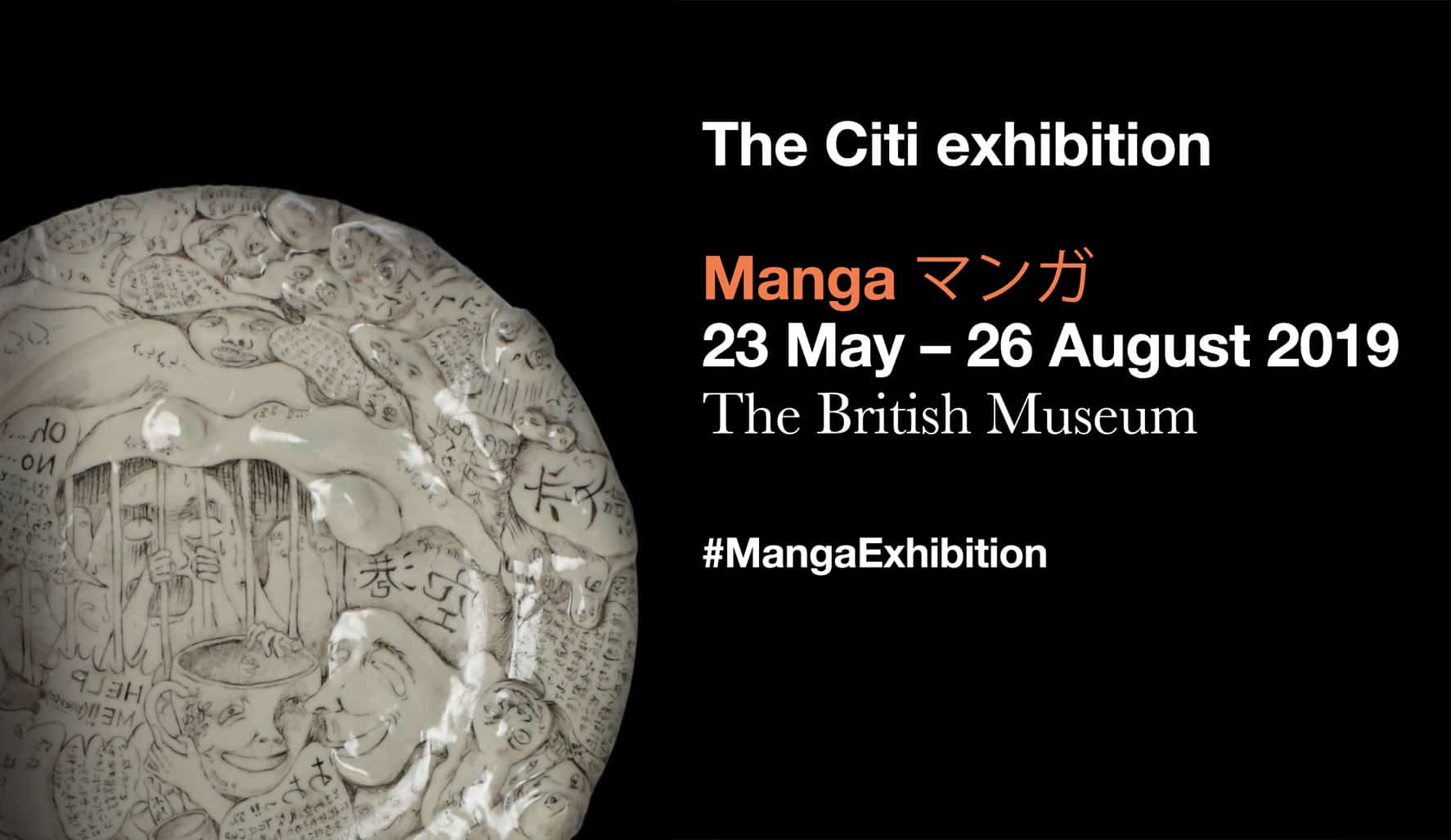 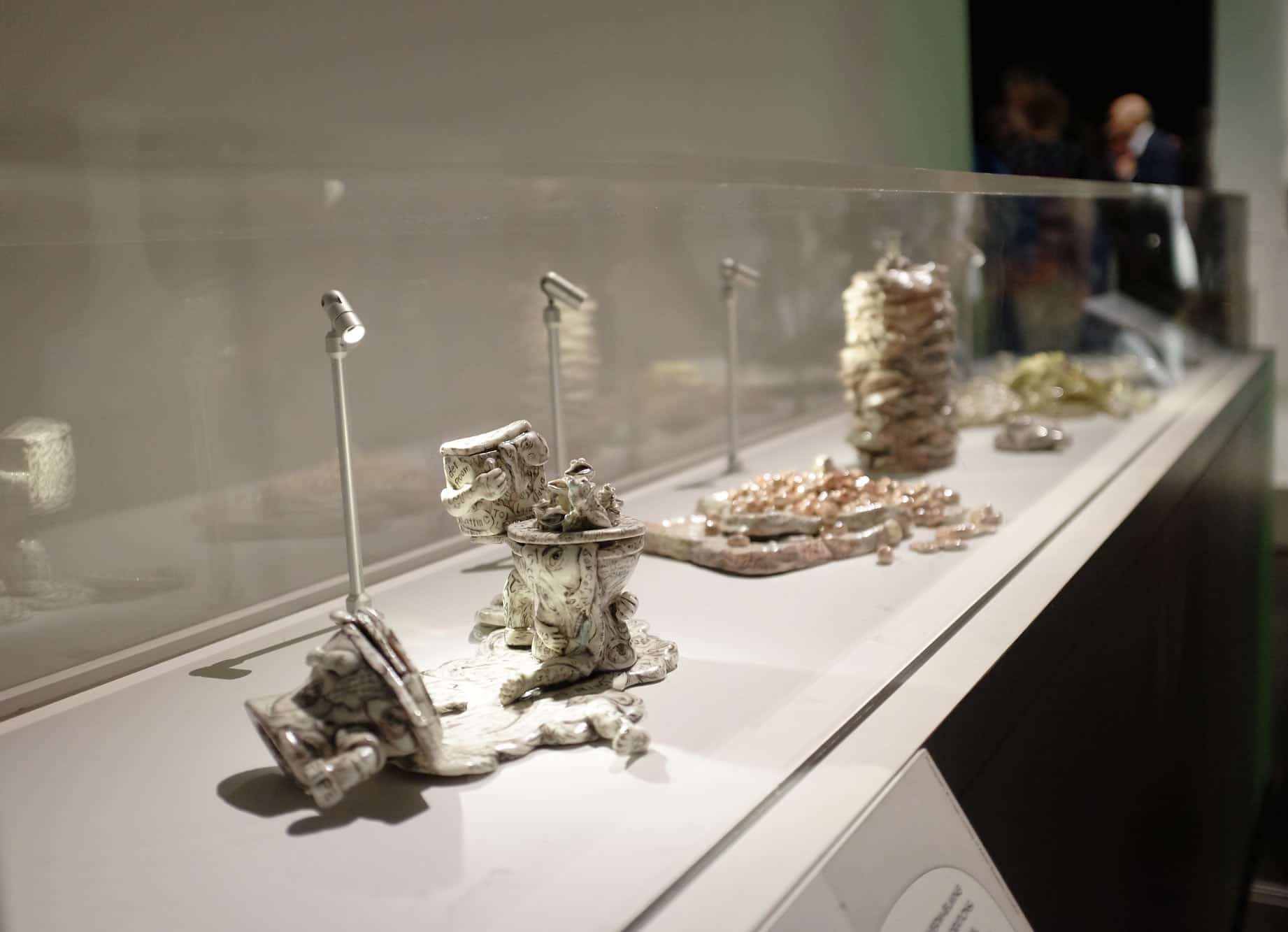 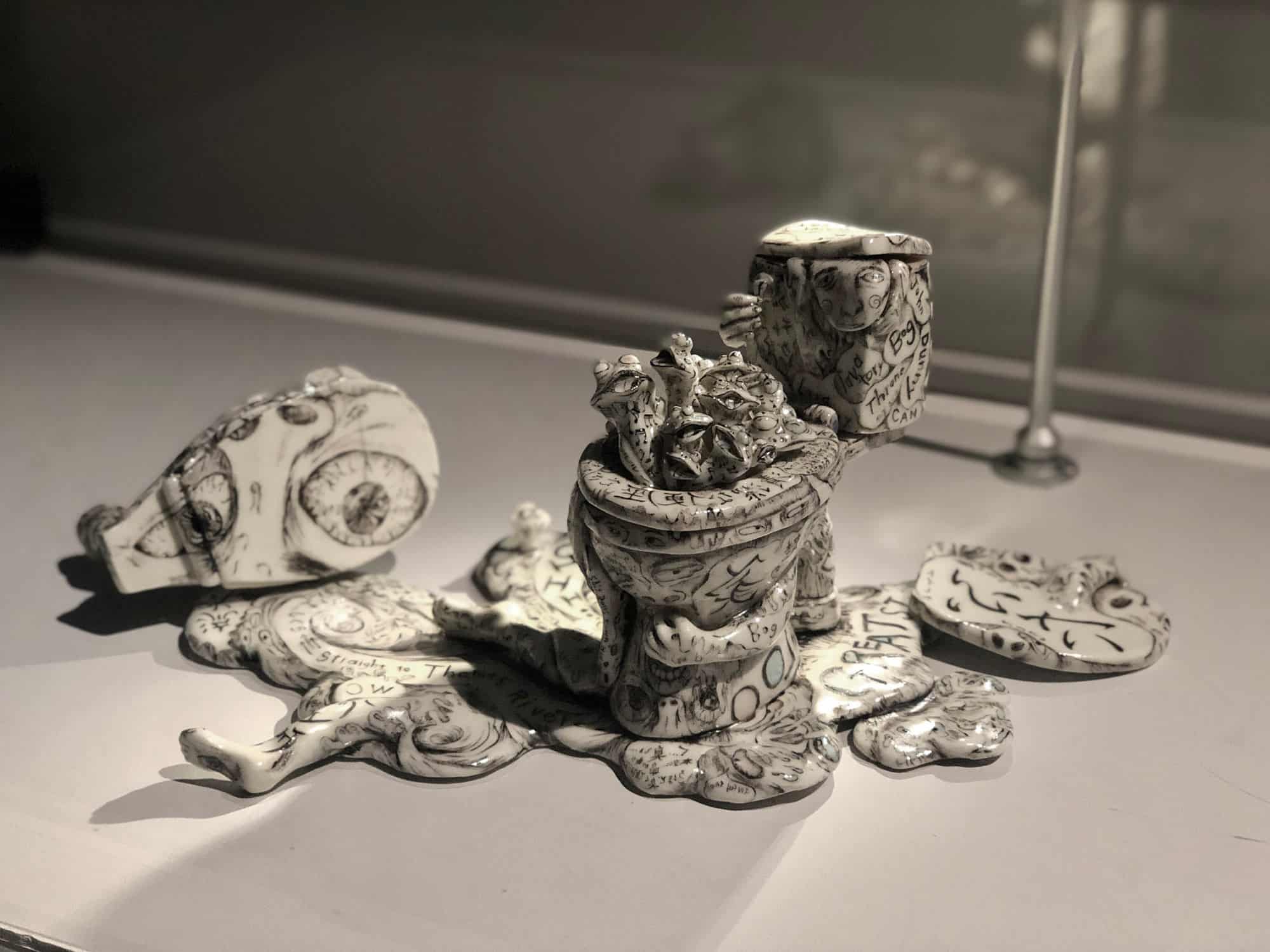 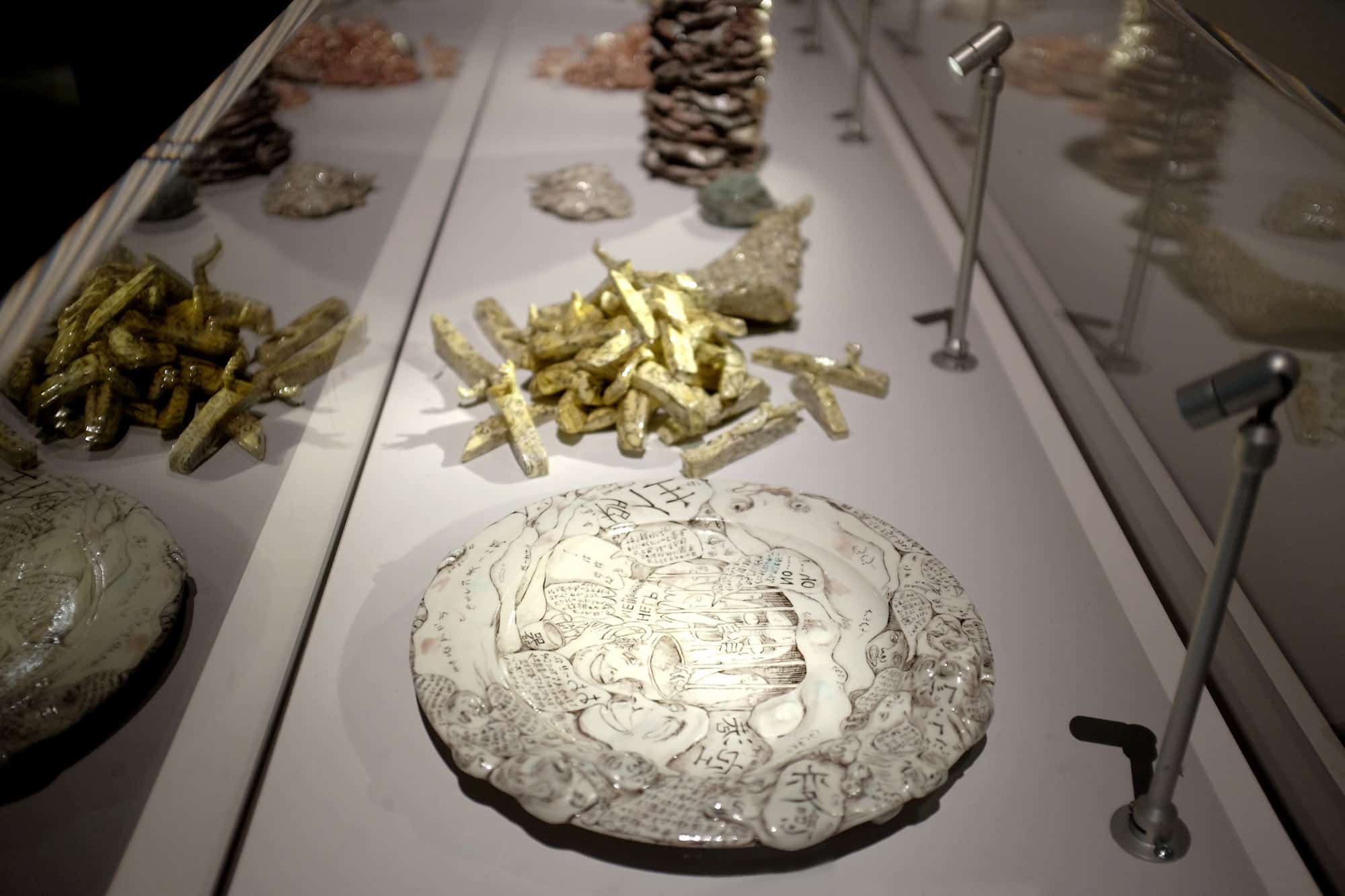 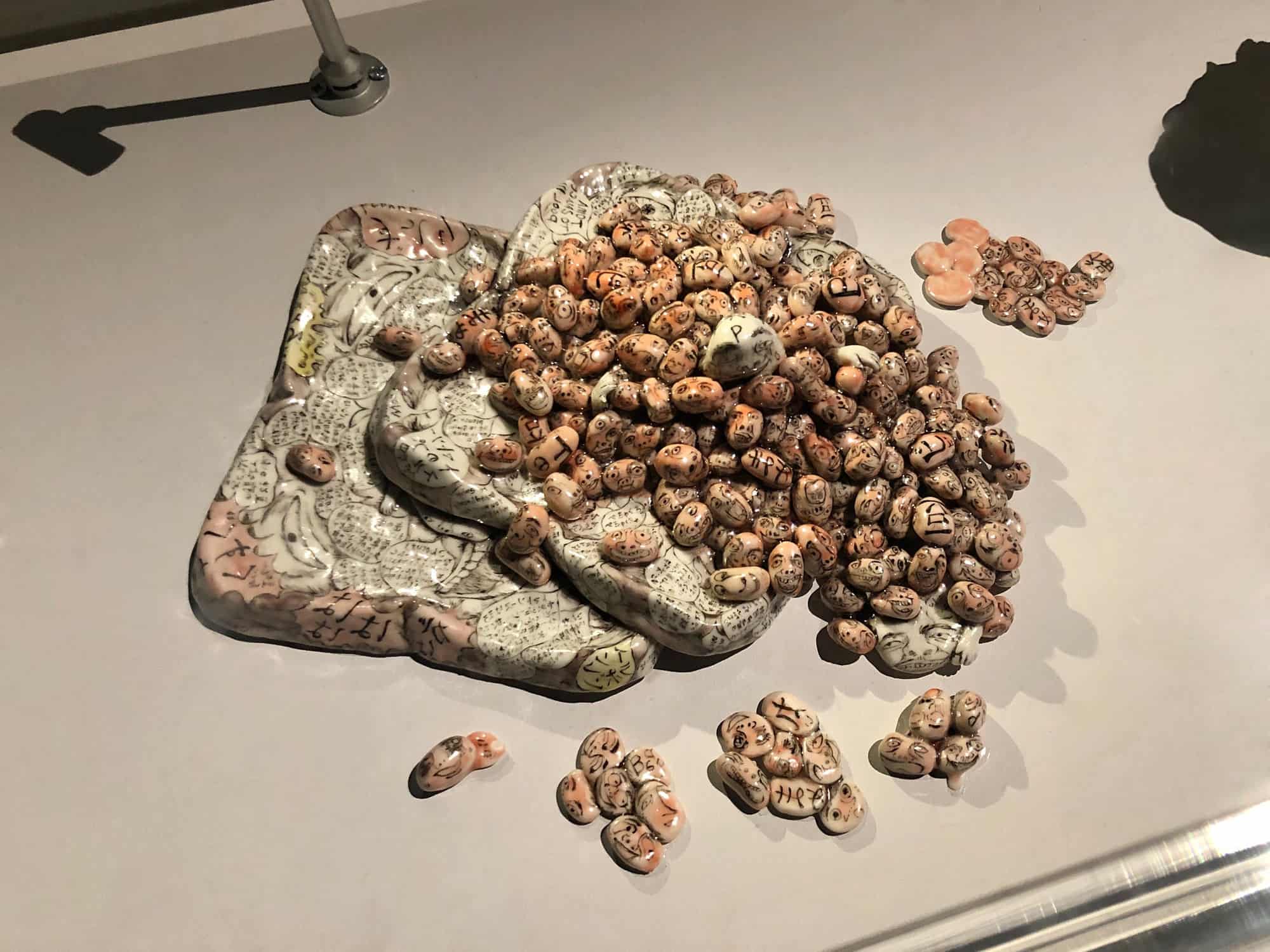 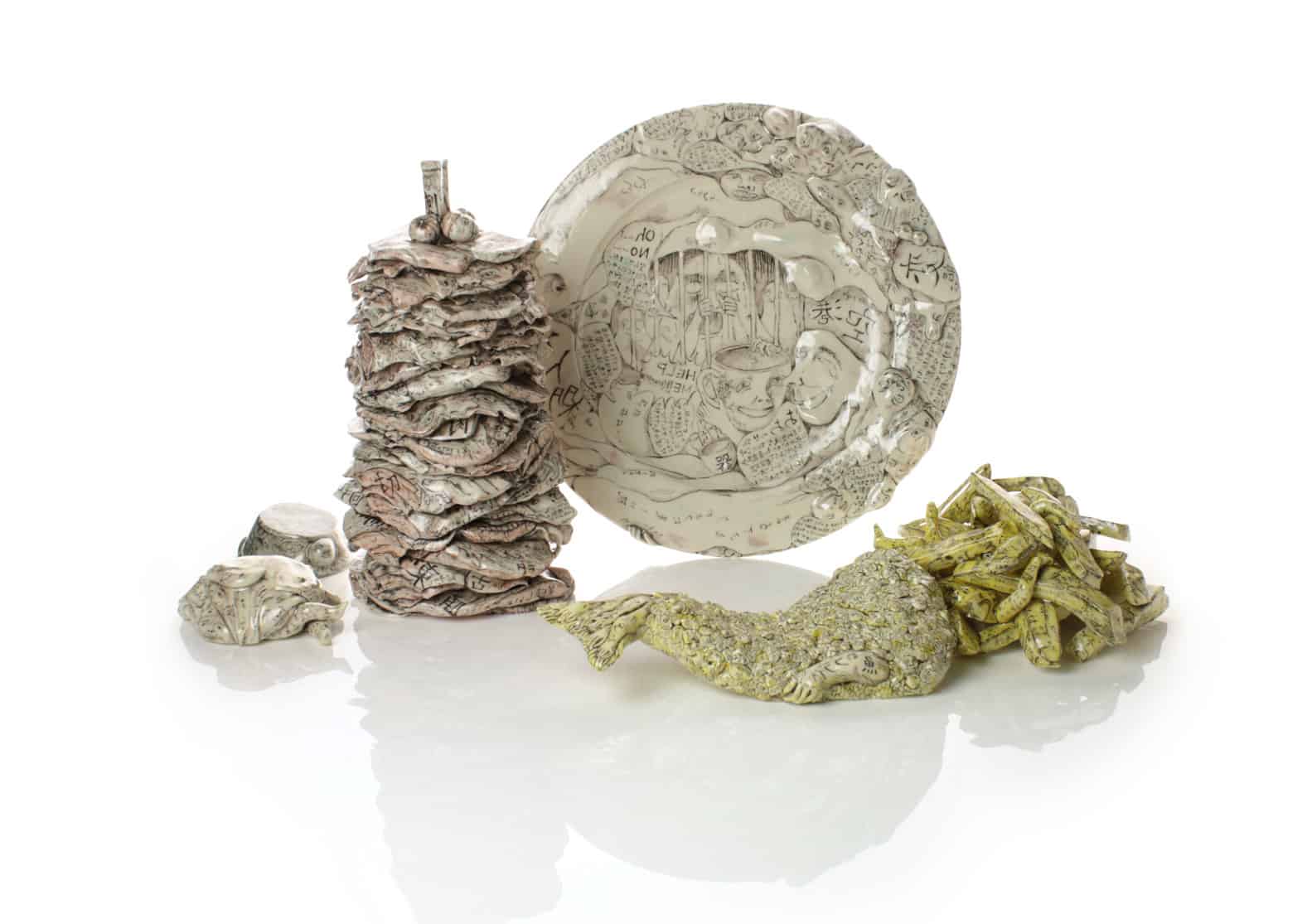 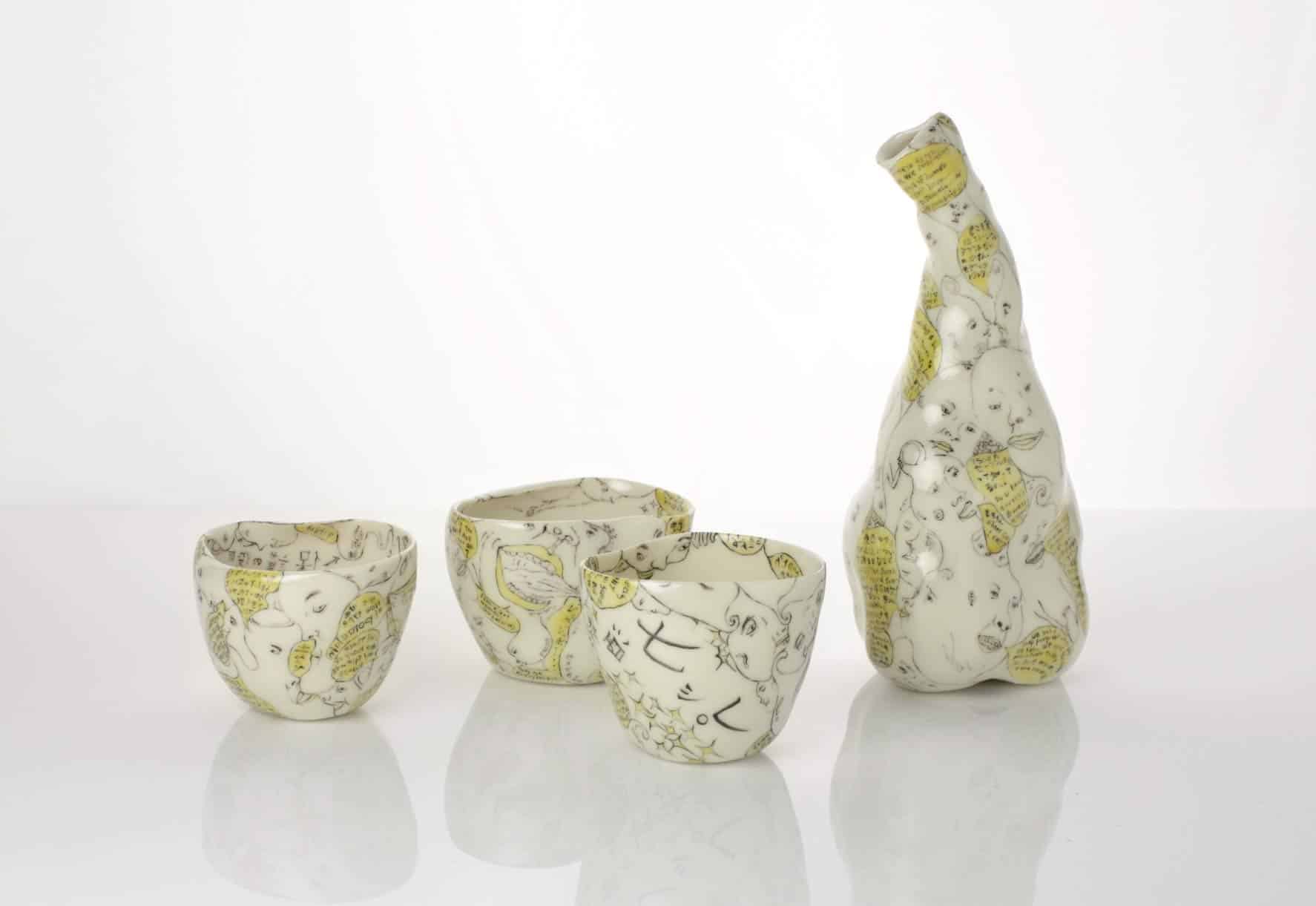 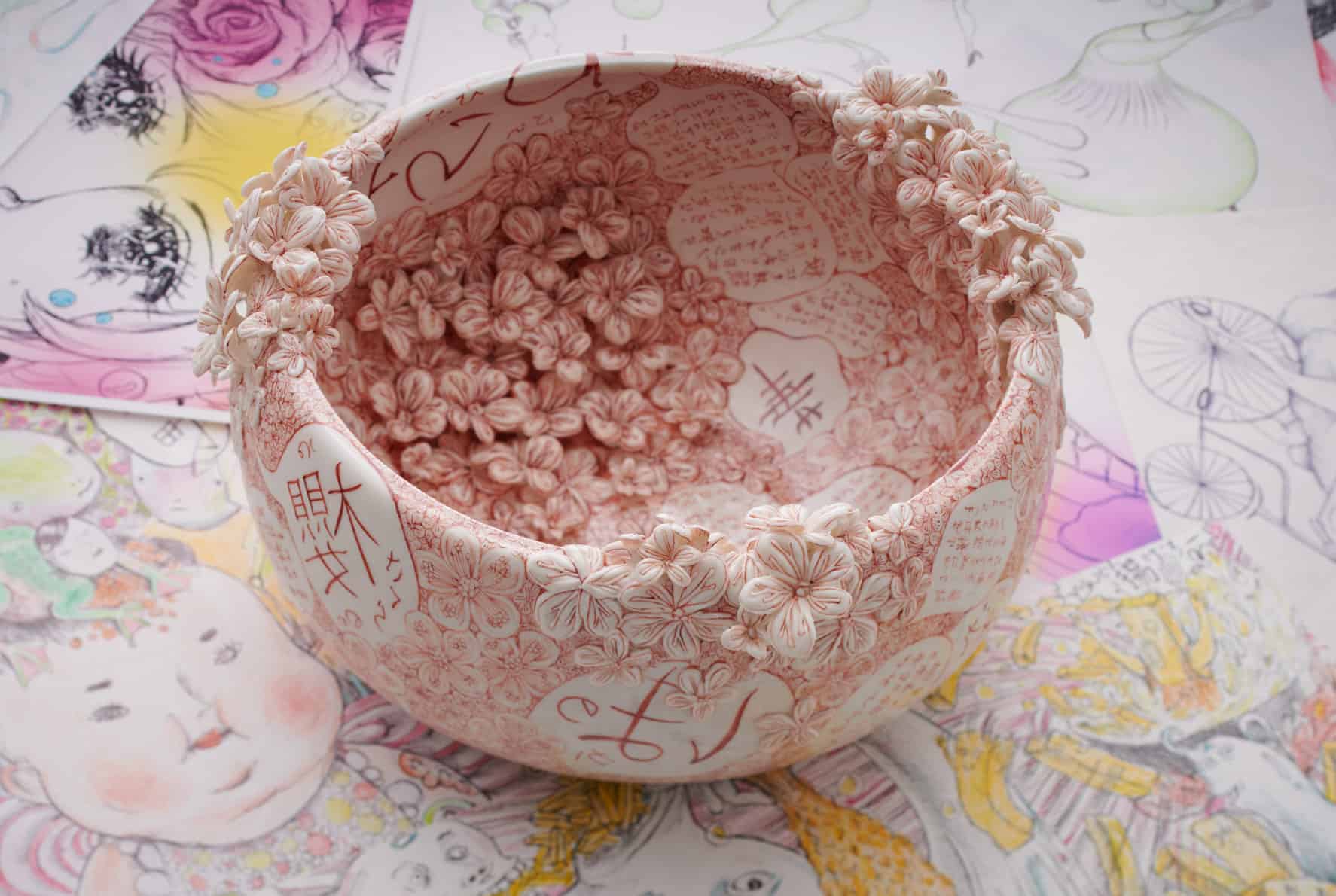 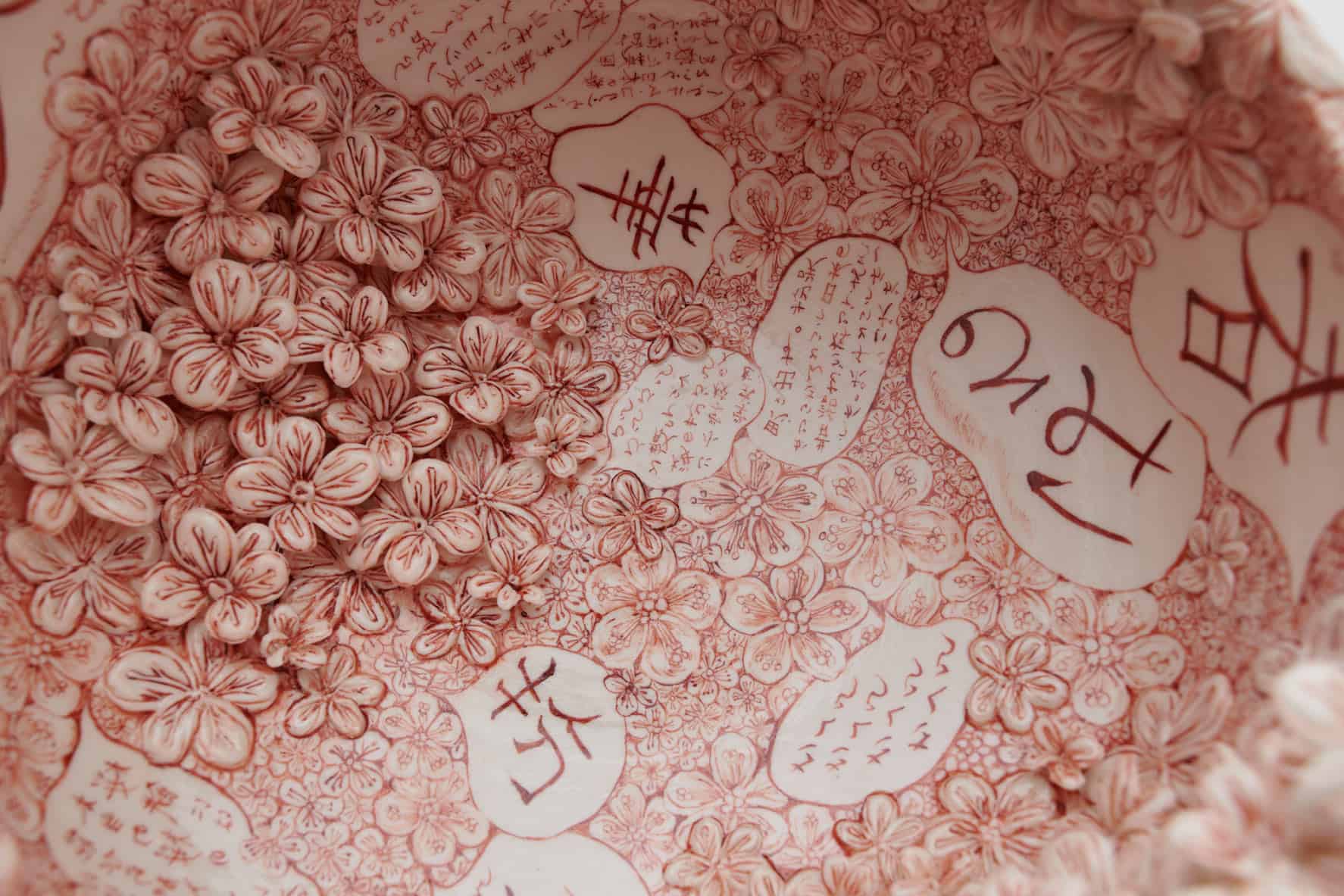 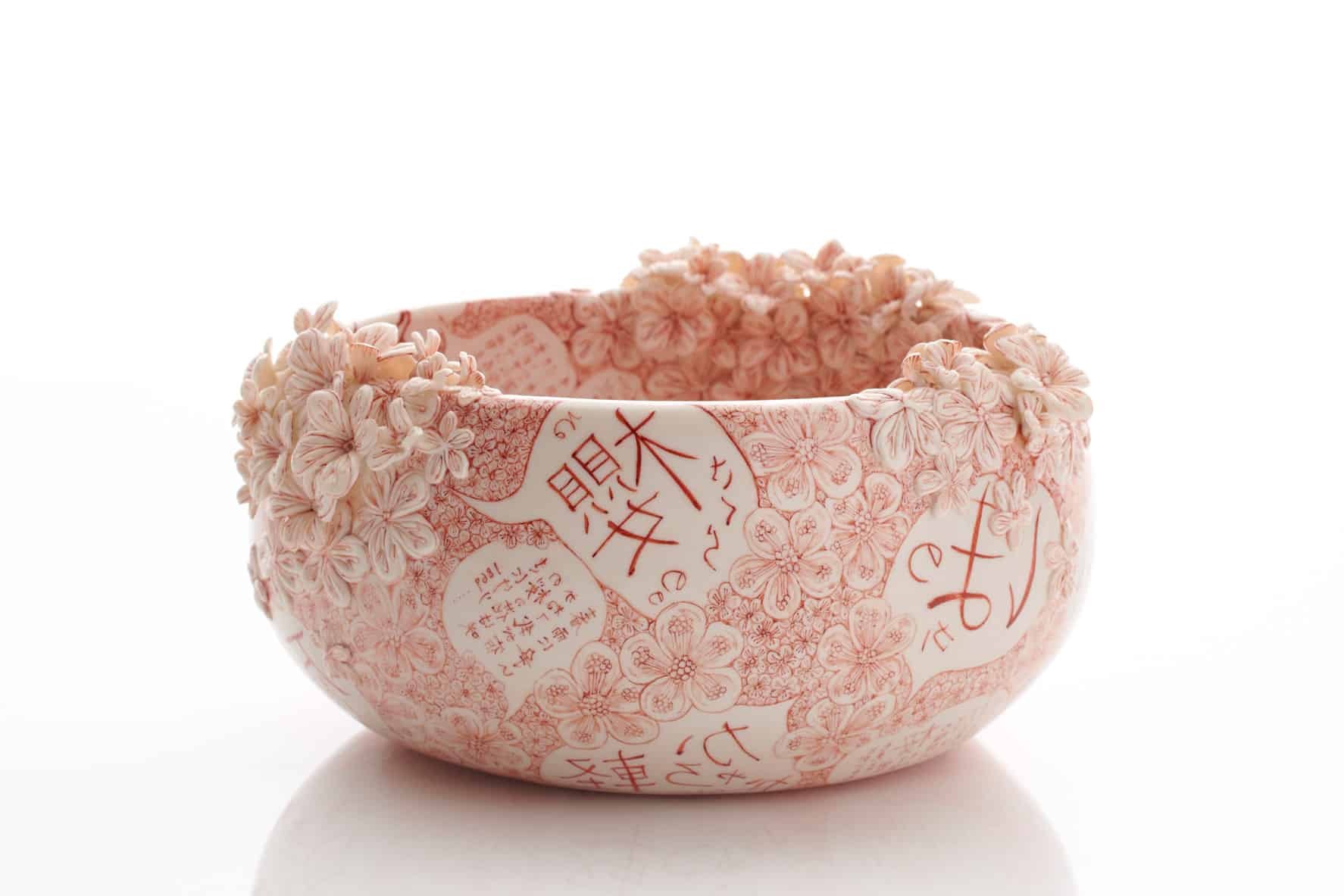 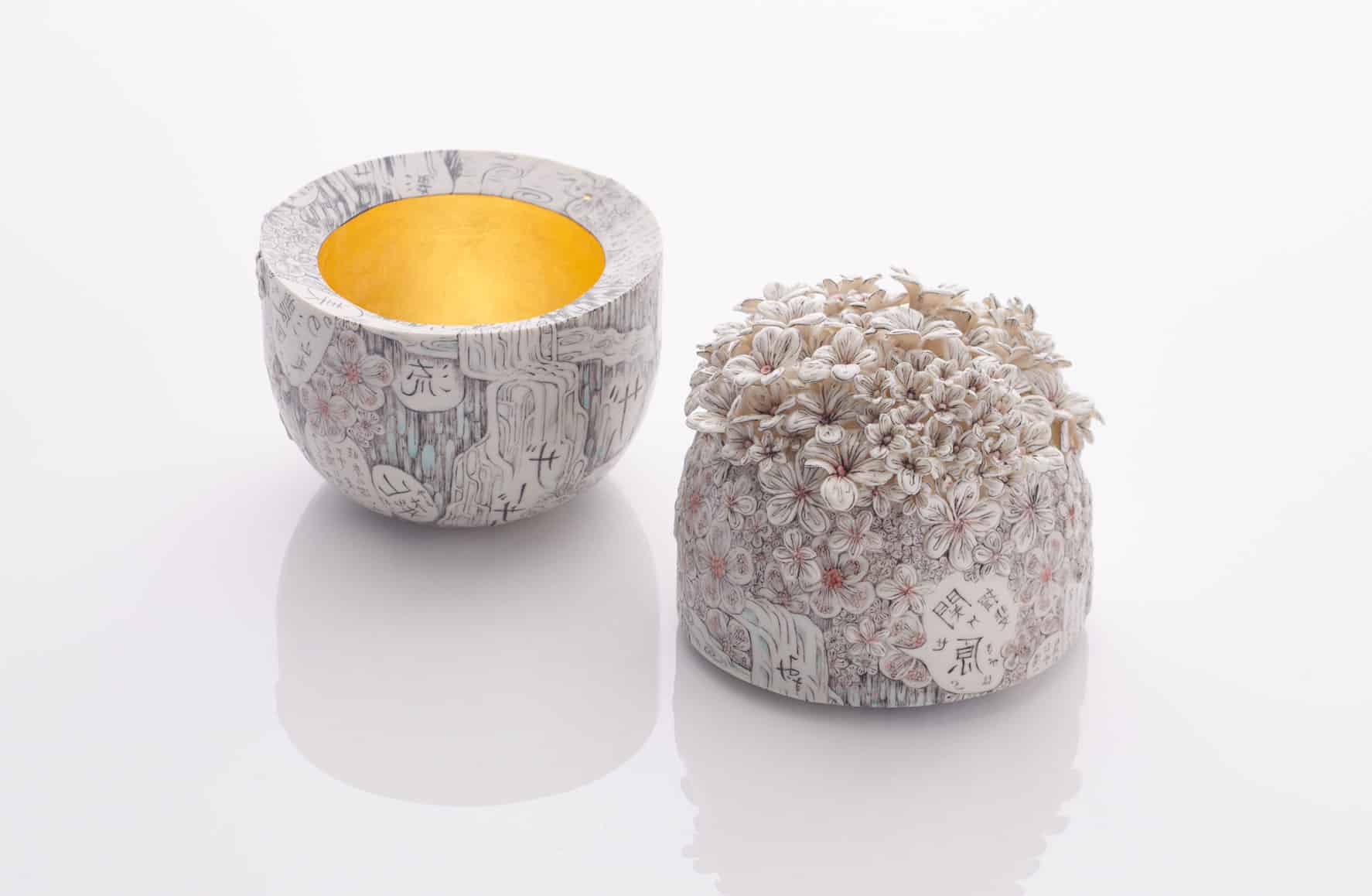 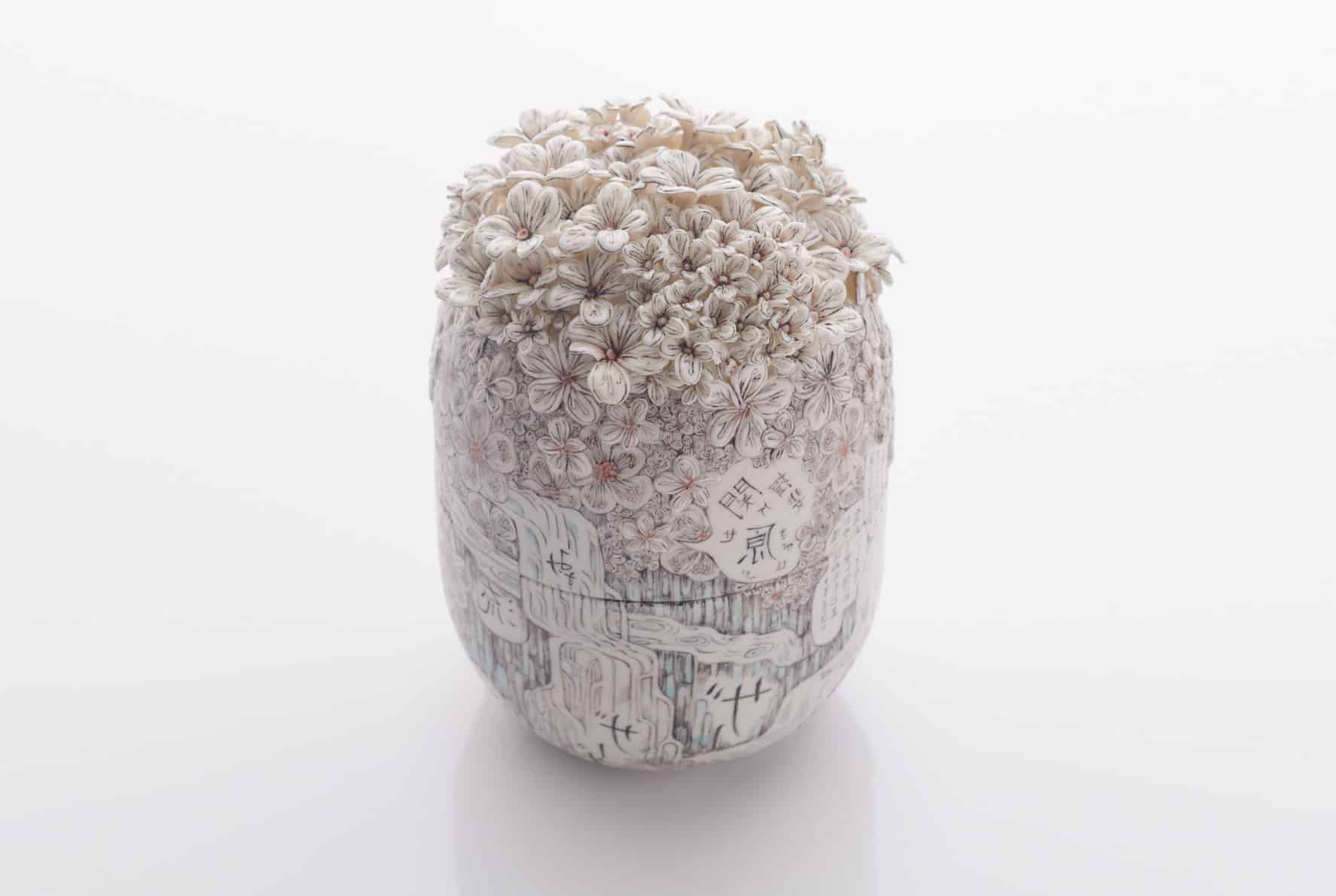 Hitomi Hosono is primarily known for her intricate, lace-like porcelain sculptures which can be seen in private and public collections around the world.  However, her playfully expressive manga work is now taking centre-stage at a new exhibition at the British Museum.

A global phenomenon, manga are Japanese comics or graphic novels and Hitomi grew up reading, learning from and creating her own.  This is the first time that Hitomi’s three-dimensional manga has been on public display.

‘Food Heaven, Seven Sisters Road’ by Hitomi Hosono tells the story of an animated ‘porcelain monster’ from Mino in Japan who enters the UK illegally and is finally discovered and deported.  However, during its adventures in London, it indulges in the various foods available such as fish and chips, kebabs and black pudding.  As it experiences each new cuisine, the porcelain monster changes shape.

Made up of eight pieces of porcelain, each is exquisitely hand illustrated with under and overglaze enamels and tells the story of this culinary adventure. As the largest exhibition of manga ever held outside of Japan, Hitomi’s work sits amongst some of the leading international manga artists; including Tezuka Osamu (‘Astro Boy’ and ‘Princess Knight’), Akatsuka Fujio (‘Eel Dog’), Toriyama Akira (‘Dragon Ball’) and Higashimura Akiko (‘Princess Jellyfish’).

The Citi exhibition Manga is open from 23 May until 26 August in the Sainsbury Exhibitions Gallery at the British Museum. Please read more about the exhibition here.

We will be exhibiting three new Manga works by Hitomi Hosono, pictured above, at Masterpiece. There will be an informative and lively talk at Masterpiece Art Fair between artist Hitomi Hosono and British Museum Curators Ryoko Matsuba and Judie Rudoe at 15:00 Wednesday 3rd July at the Masterpiece Lecture theatre. The title of this talk is Breaking Boundaries: Hitomi Hosono, Ceramic Art, Manga and the Portland Vase and you can read more about the event here. 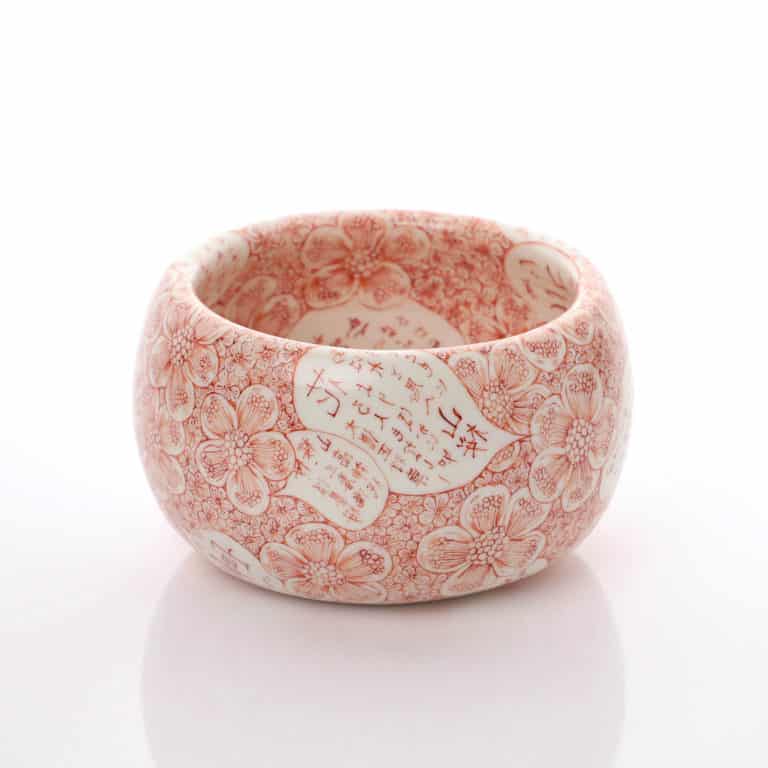 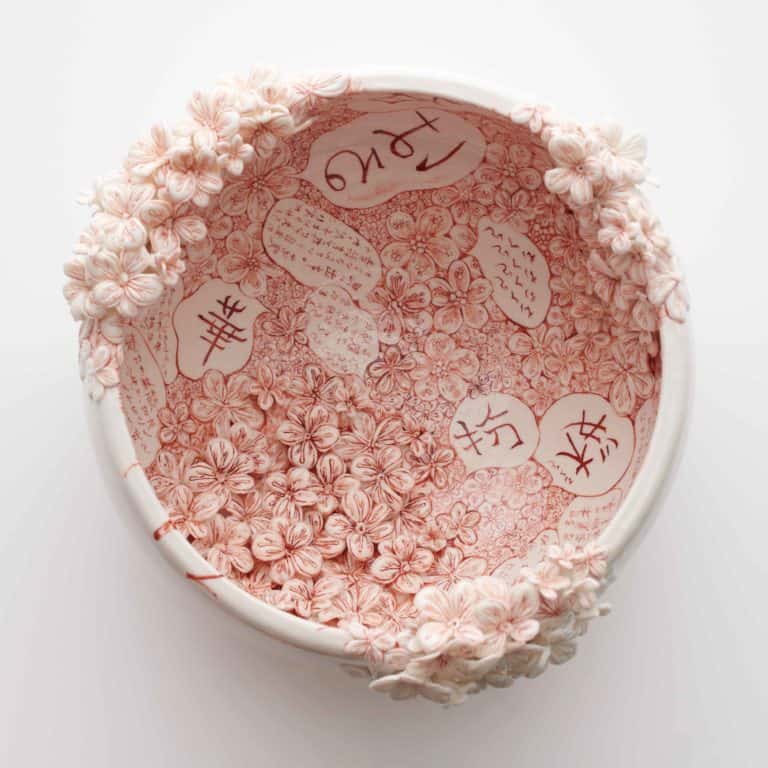 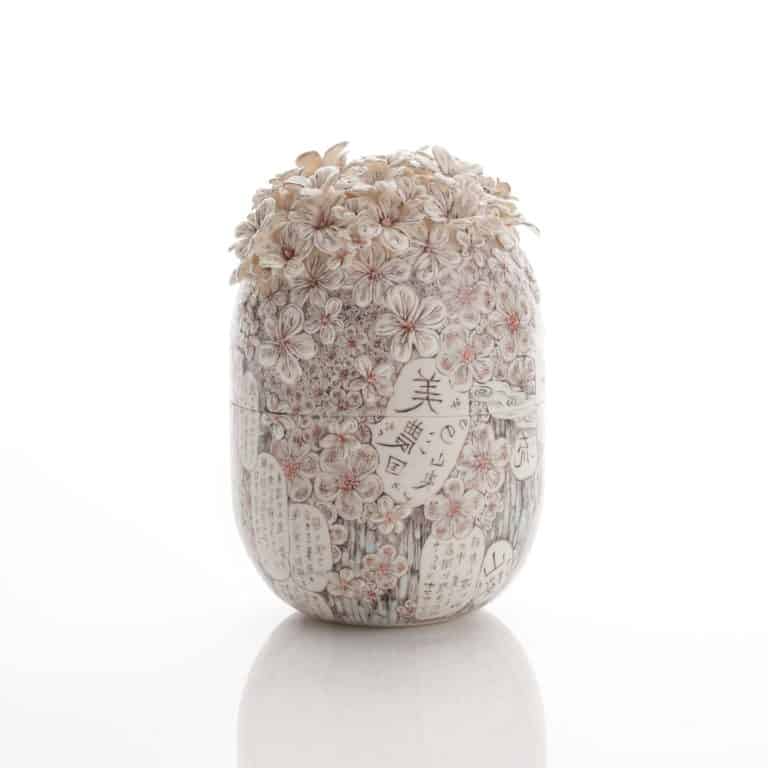 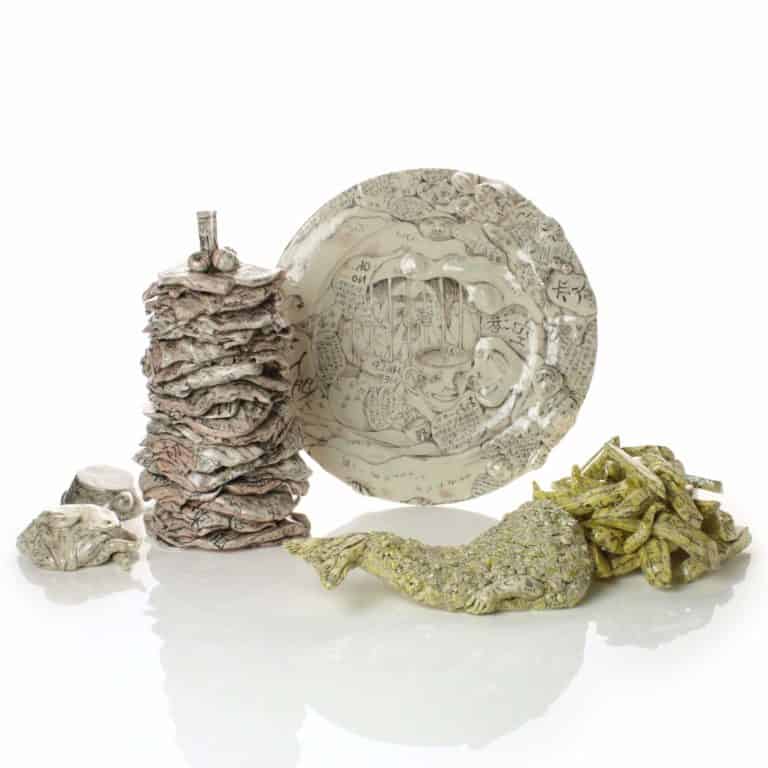 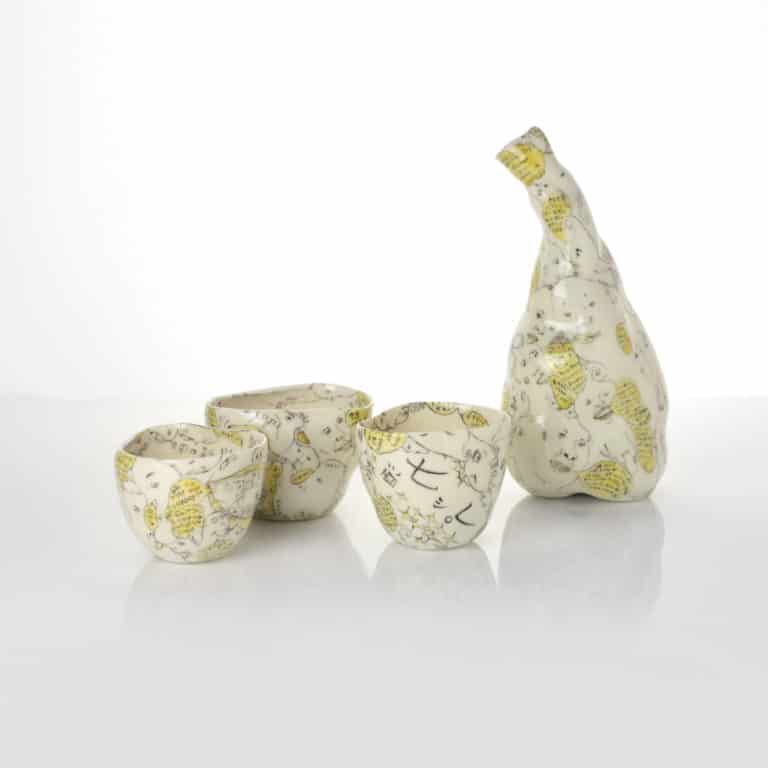 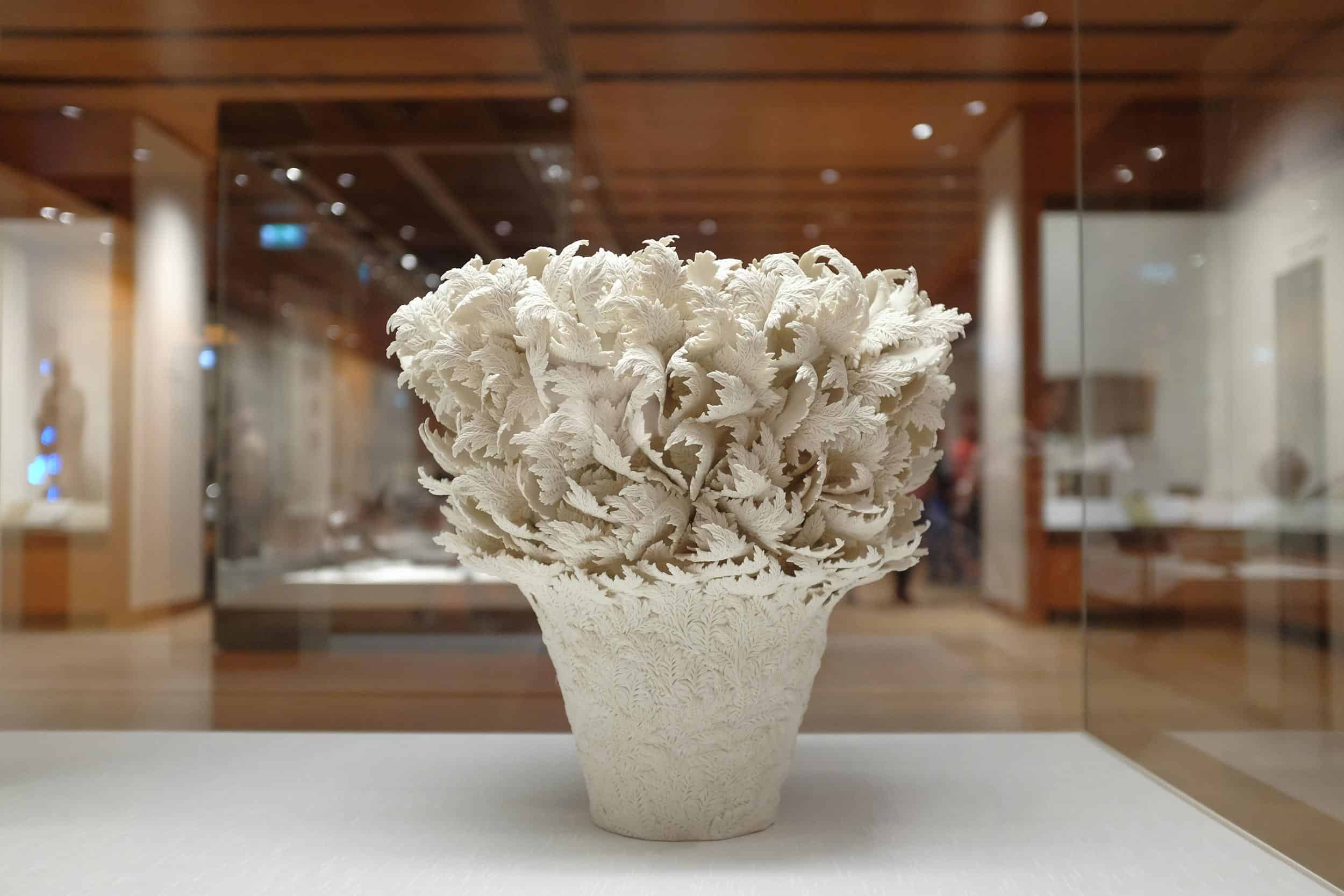