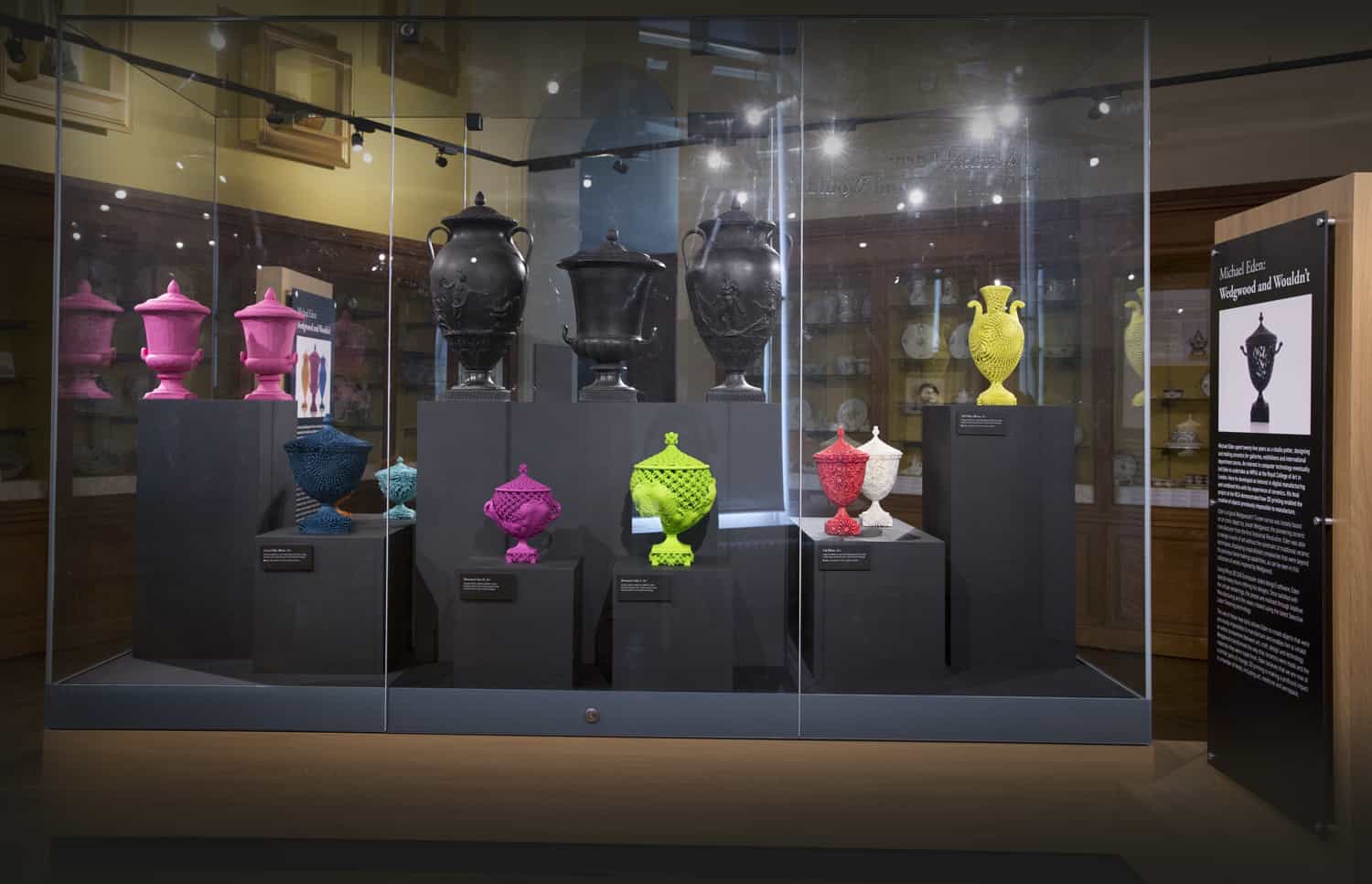 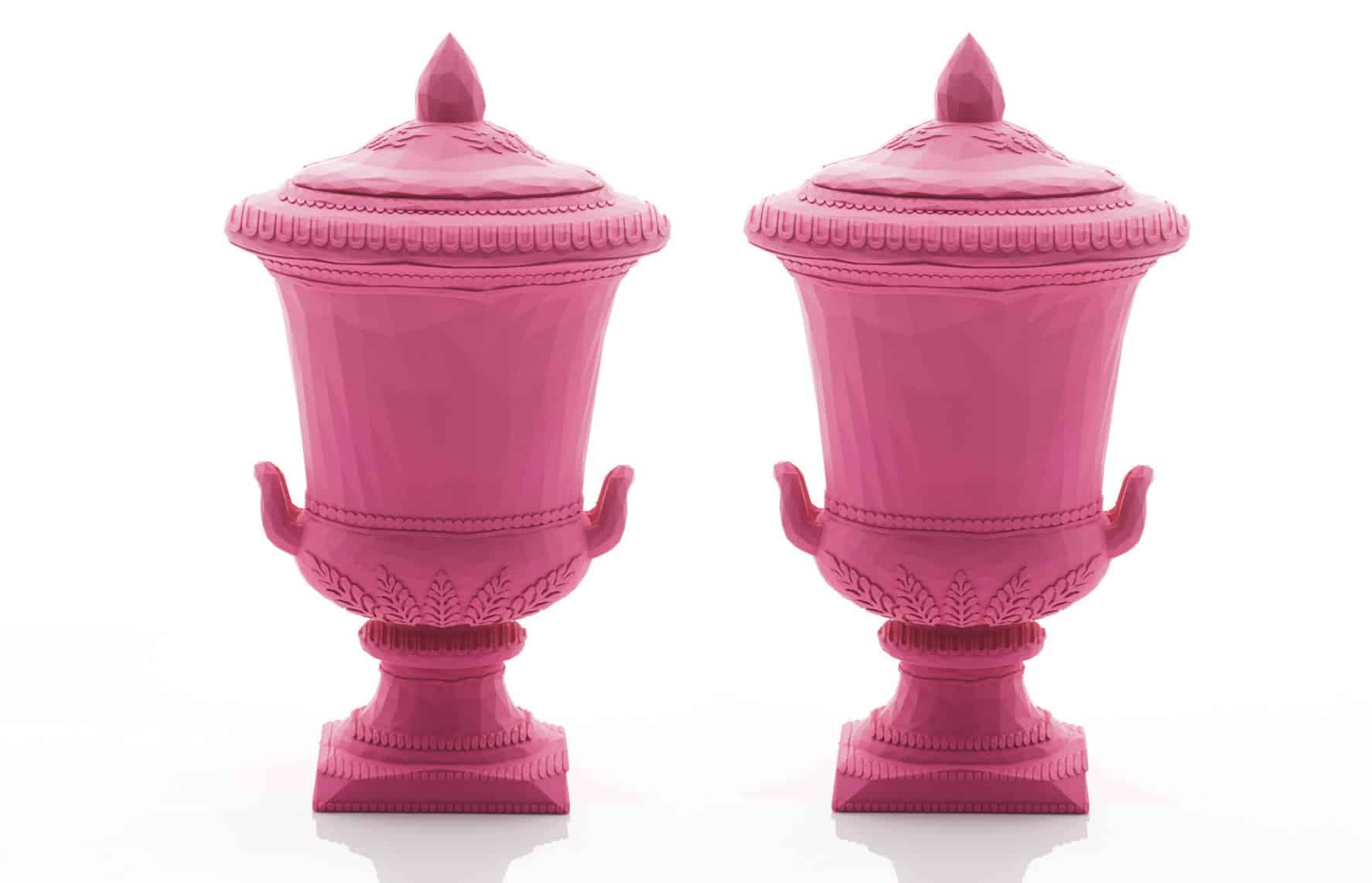 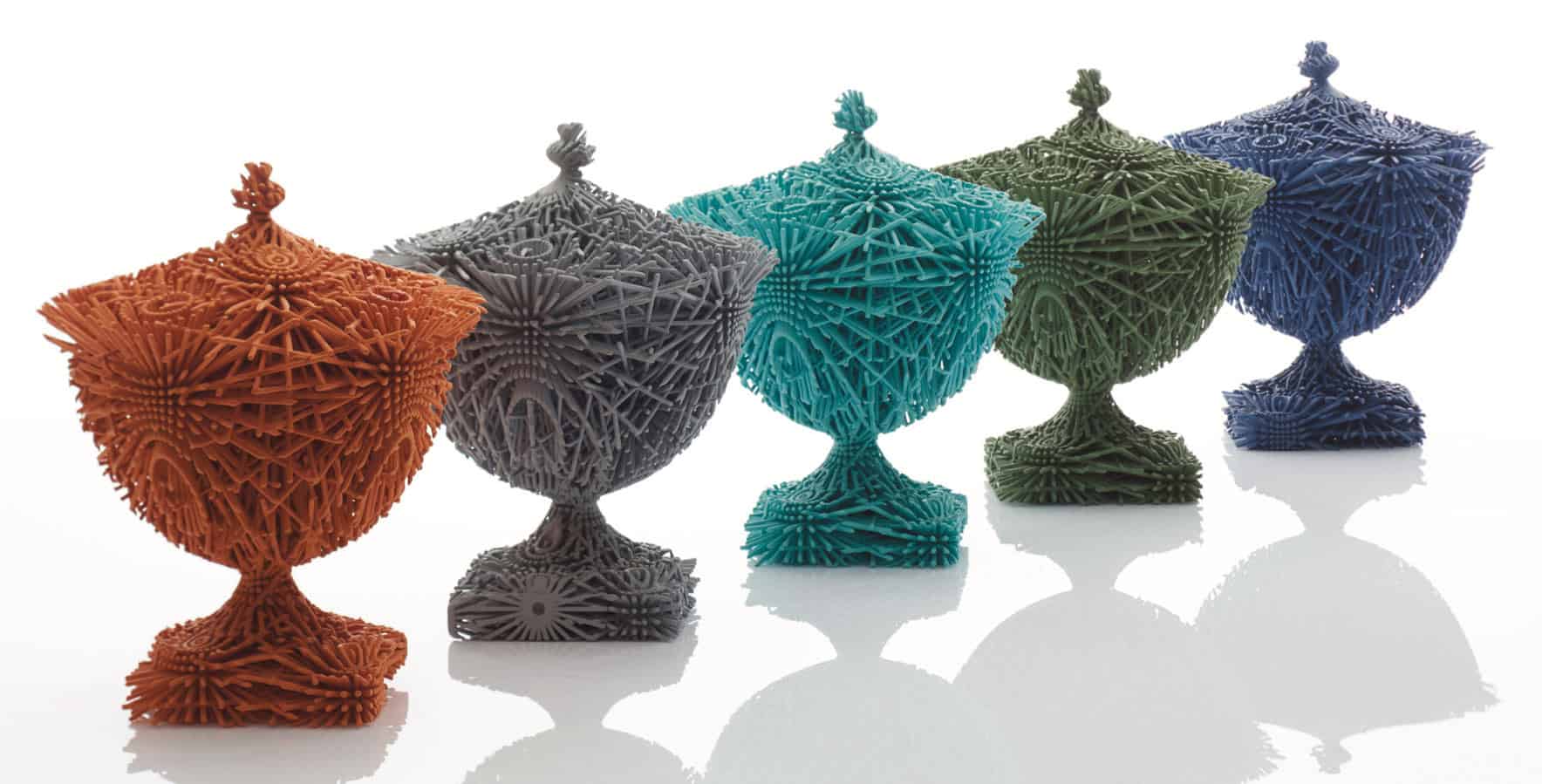 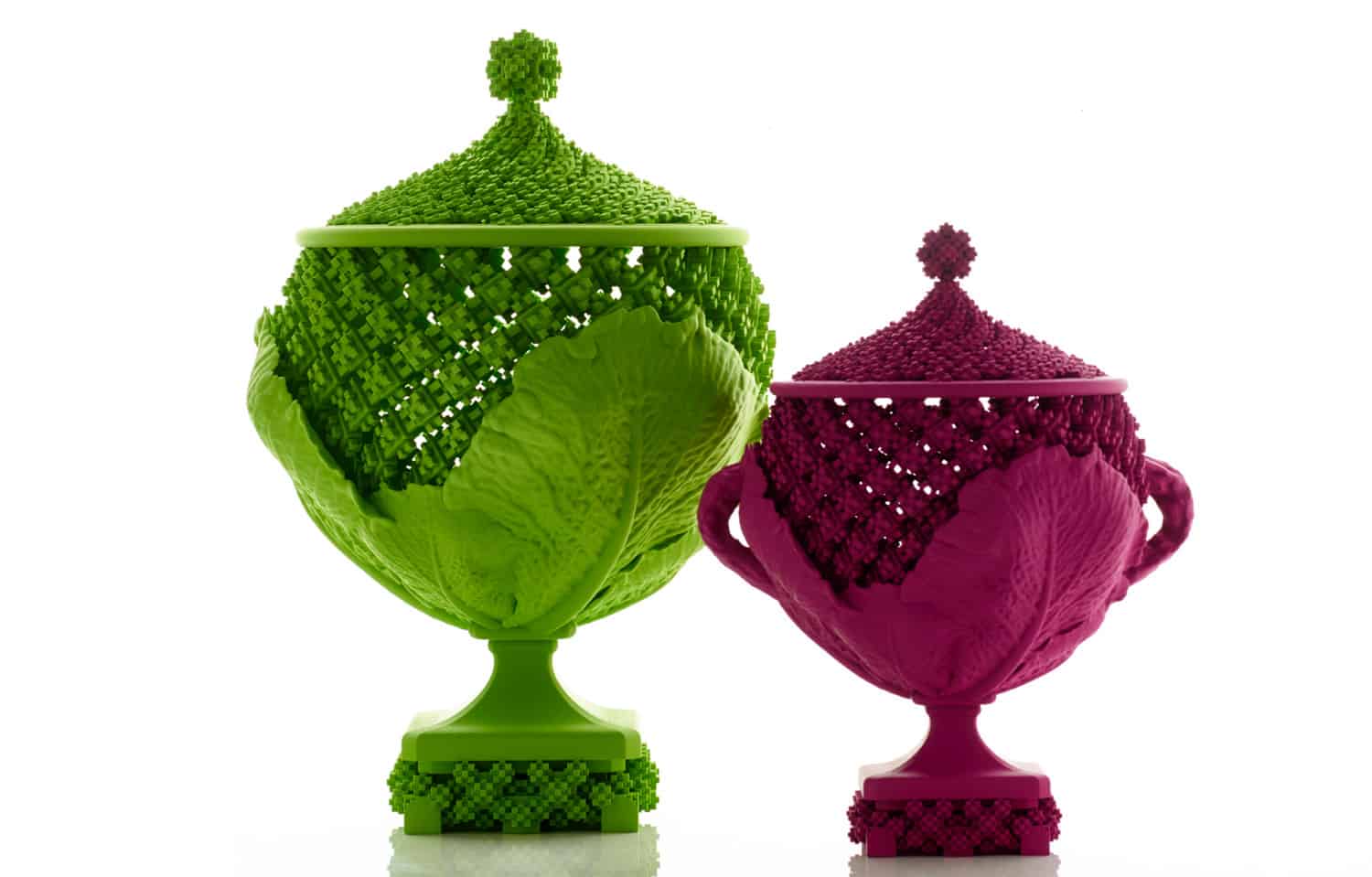 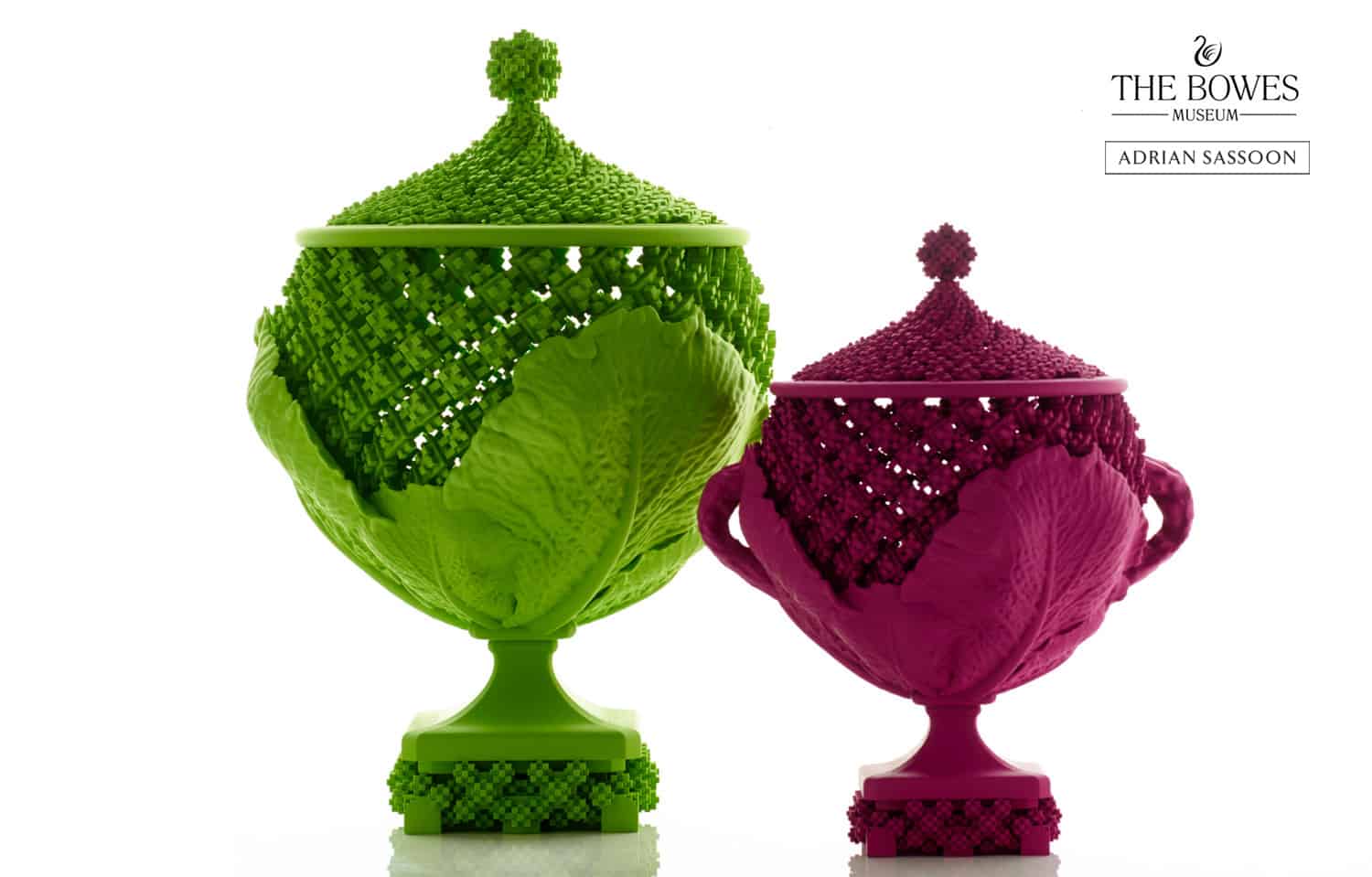 CLICK HERE TO SEE WORKS FOR SALE BY MICHAEL EDEN

The Bowes Museum’s exceptional group of Wedgwood black basalt vases has been a major source of inspiration for the exhibition Michael Eden: Wedgwood and Wouldn’t.

Josiah Wedgwood, an influential 18th century figure, combined craftsmanship, innovation and technical wizardry with a respect for the past and a singular view to the future. Using today’s 3D printing technology Eden, like Wedgwood before him, has created objects that were previously impossible to manufacture.

This select display is an opportunity for Michael Eden to honour Josiah Wedgwood, whilst embracing contemporary culture and contributing to the future of art and craft. 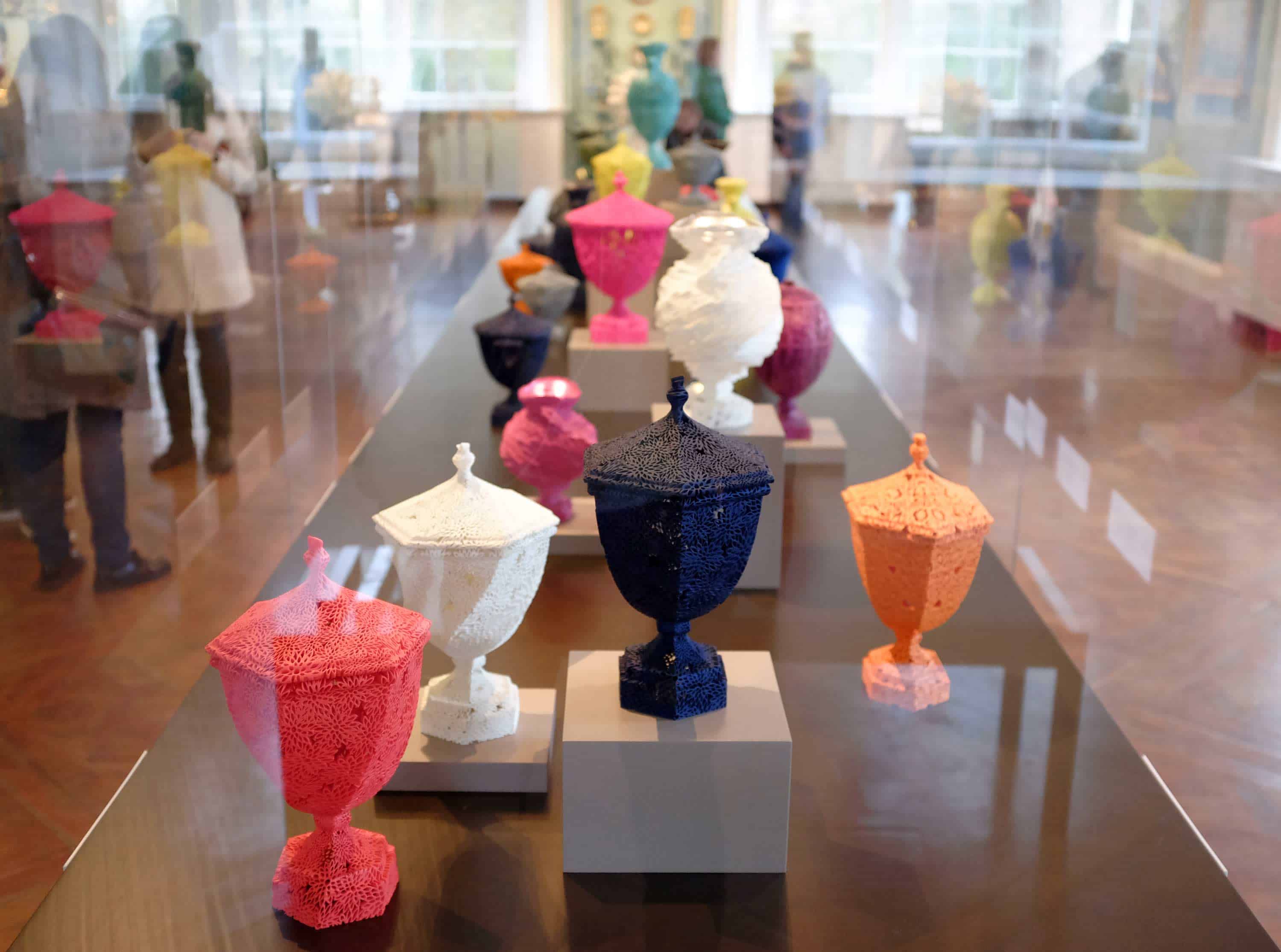 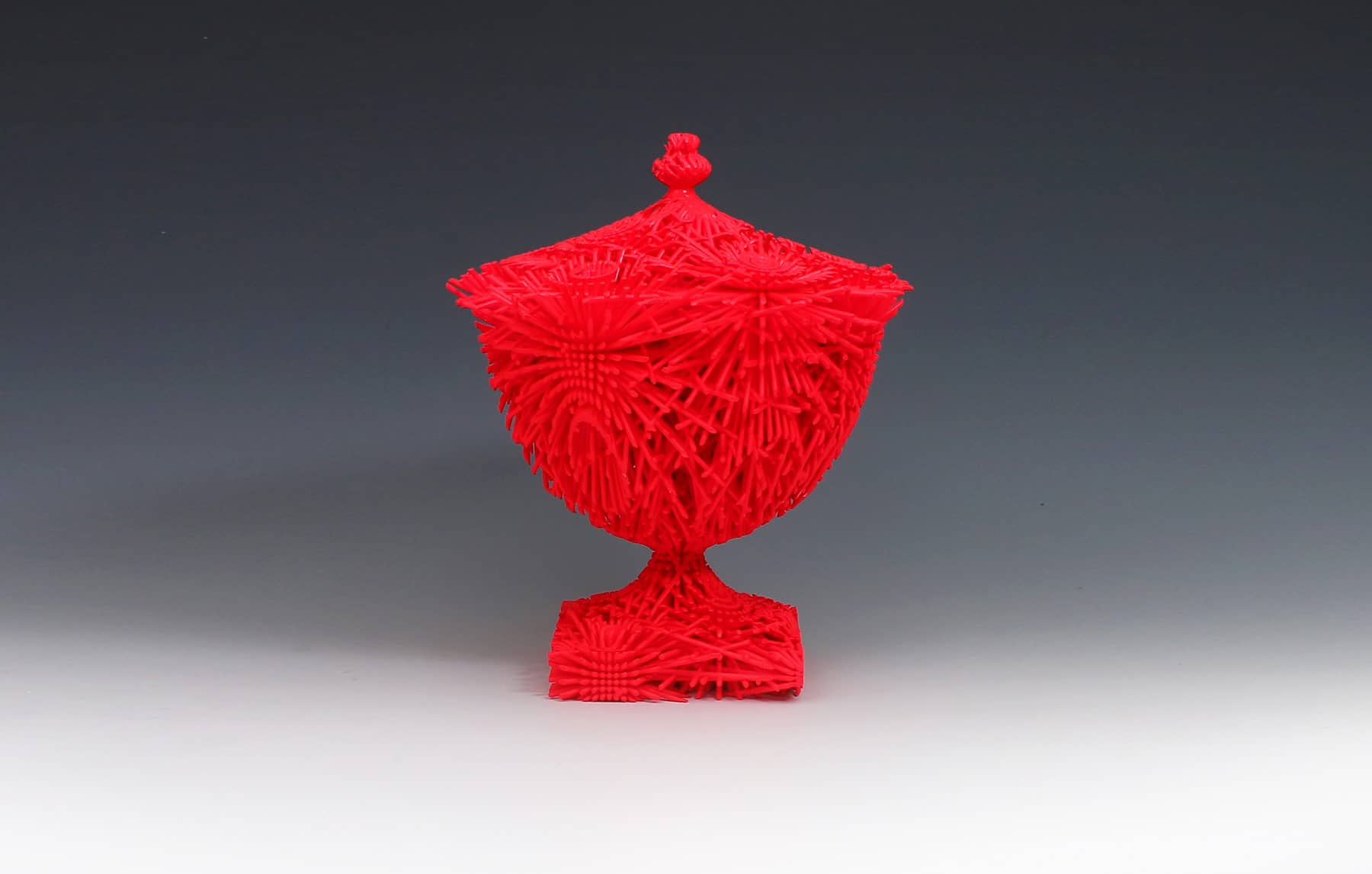 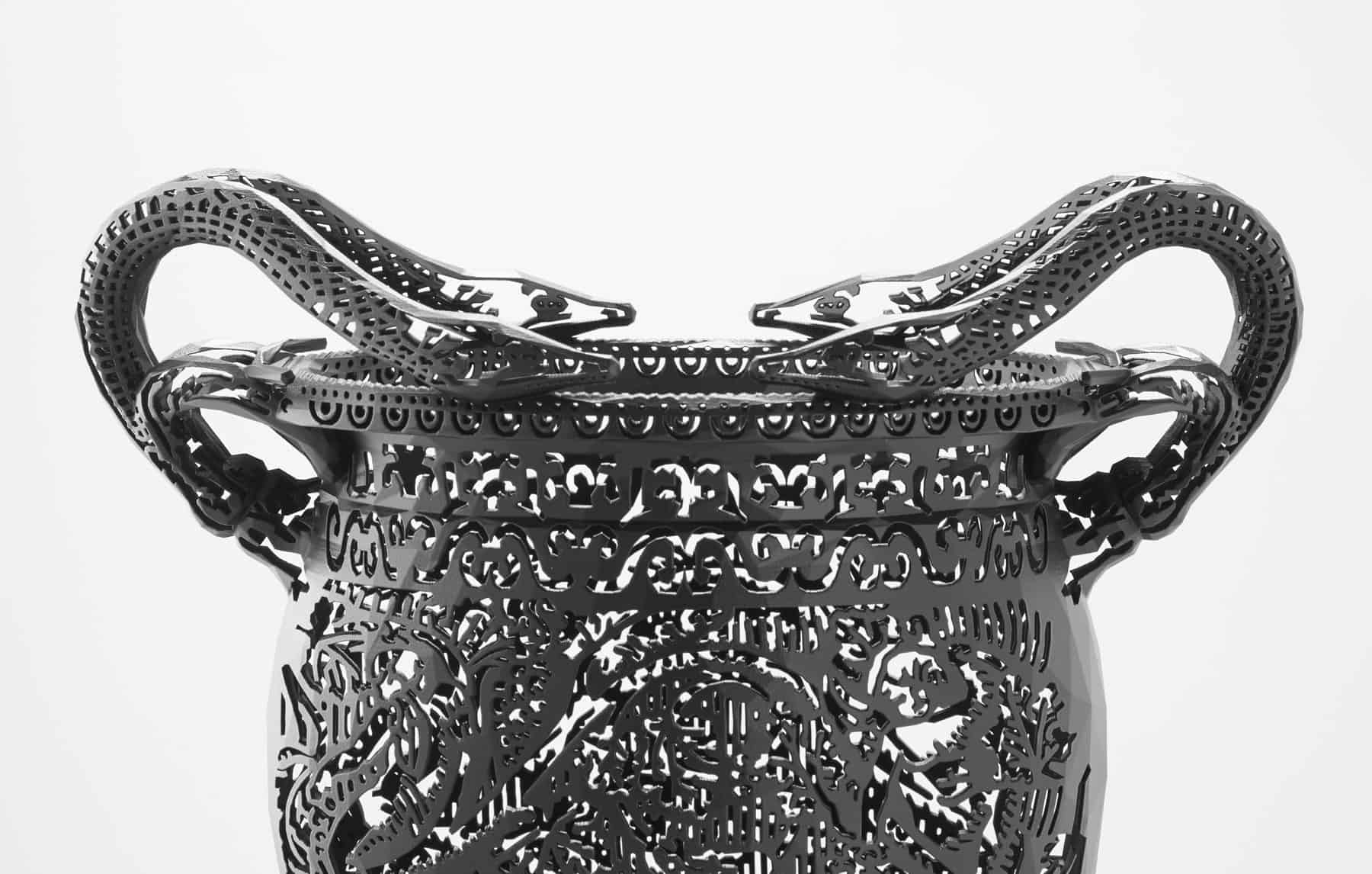 Michael Eden was Commissioned for LACMA’s exhibition ‘The Stowe Vase: From Ancient Art to Additive Manufacturing’ to make this piece. 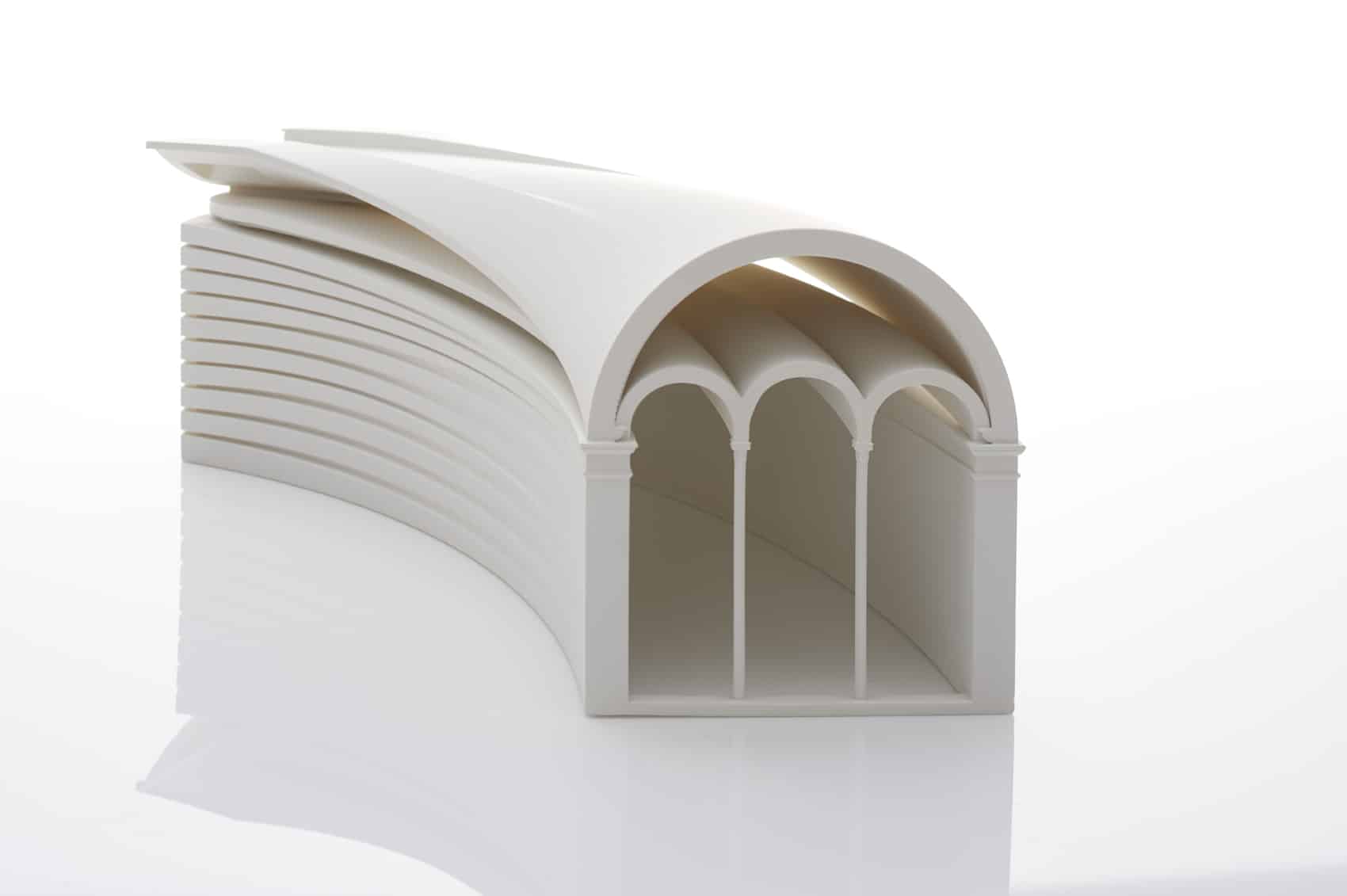 Michael Eden was asked to create a unique piece to celebrate the architectural styles of the National Museum of Scotland which would be displayed in the ‘Pushing the Boundaries’ exhibition.  This section highlights the many ways in which artists embrace traditional techniques whilst exploring new technologies. 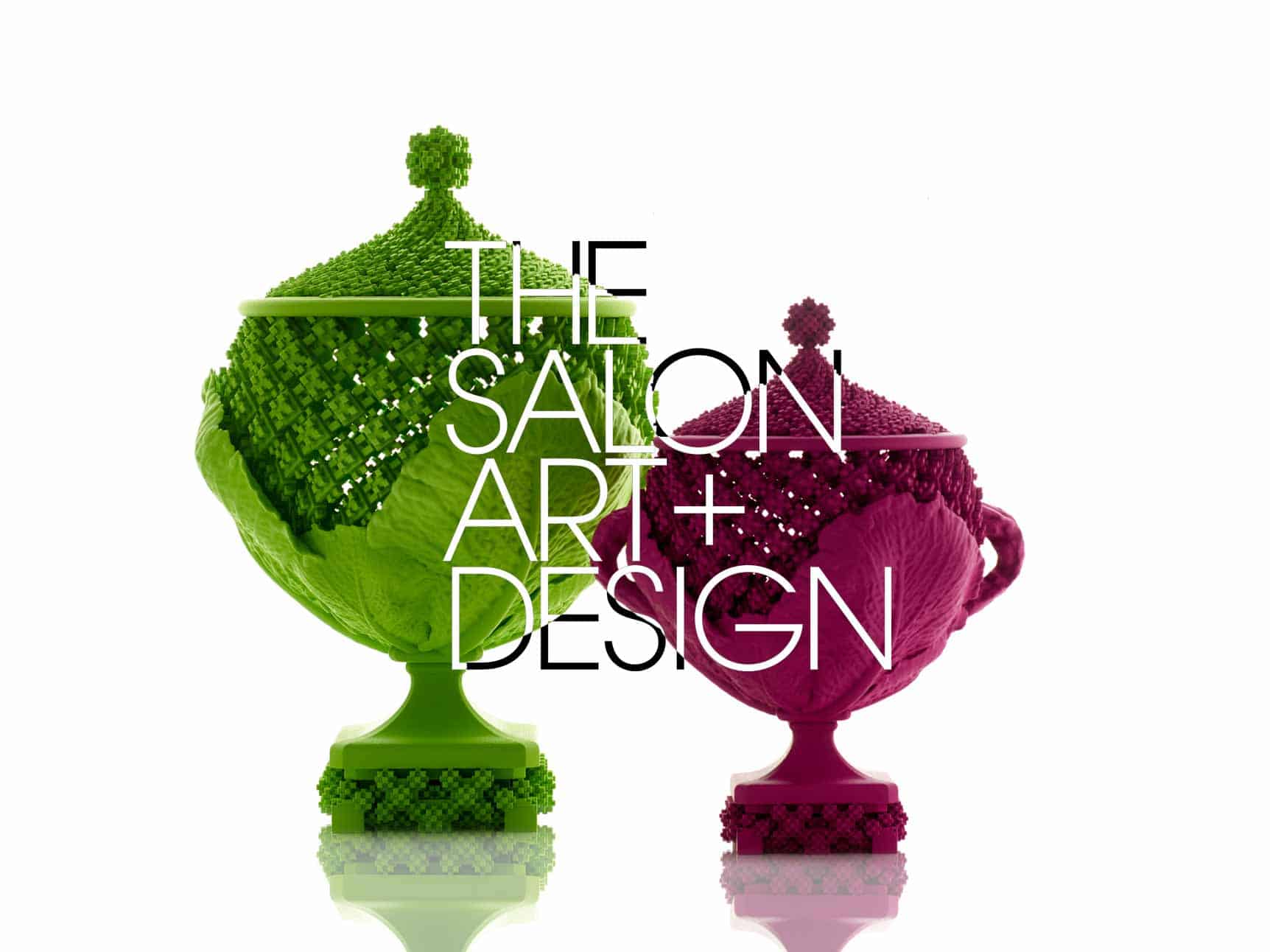 We are excited to be returning to New York and we will be presenting a carefully curated selection of ceramics, metalwork, glass, hardstone and jewellery. 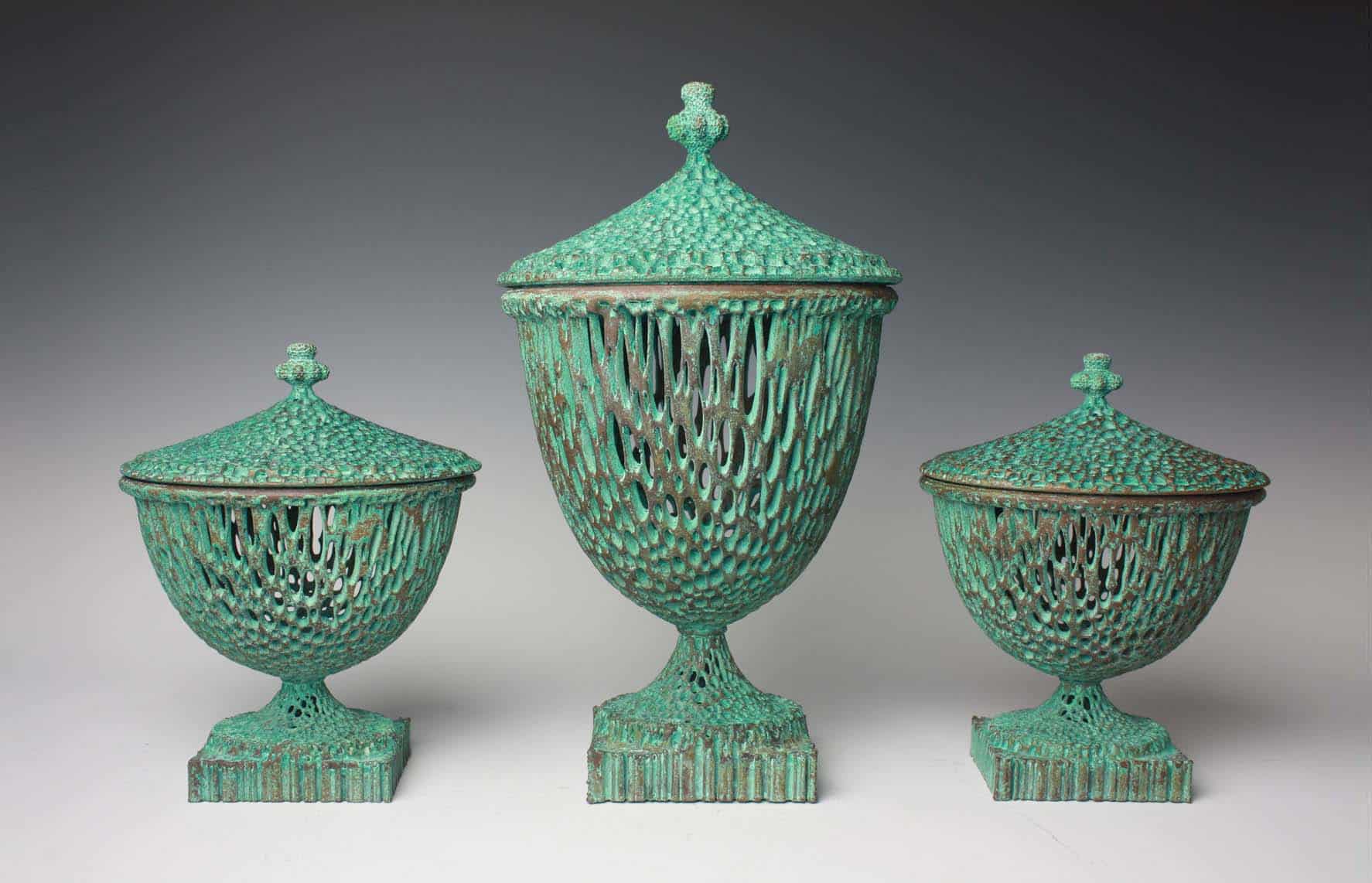 Wedgwoodn’t Garniture, 2012, by Michael Eden is Purchased By Museum of Fine Arts, Houston 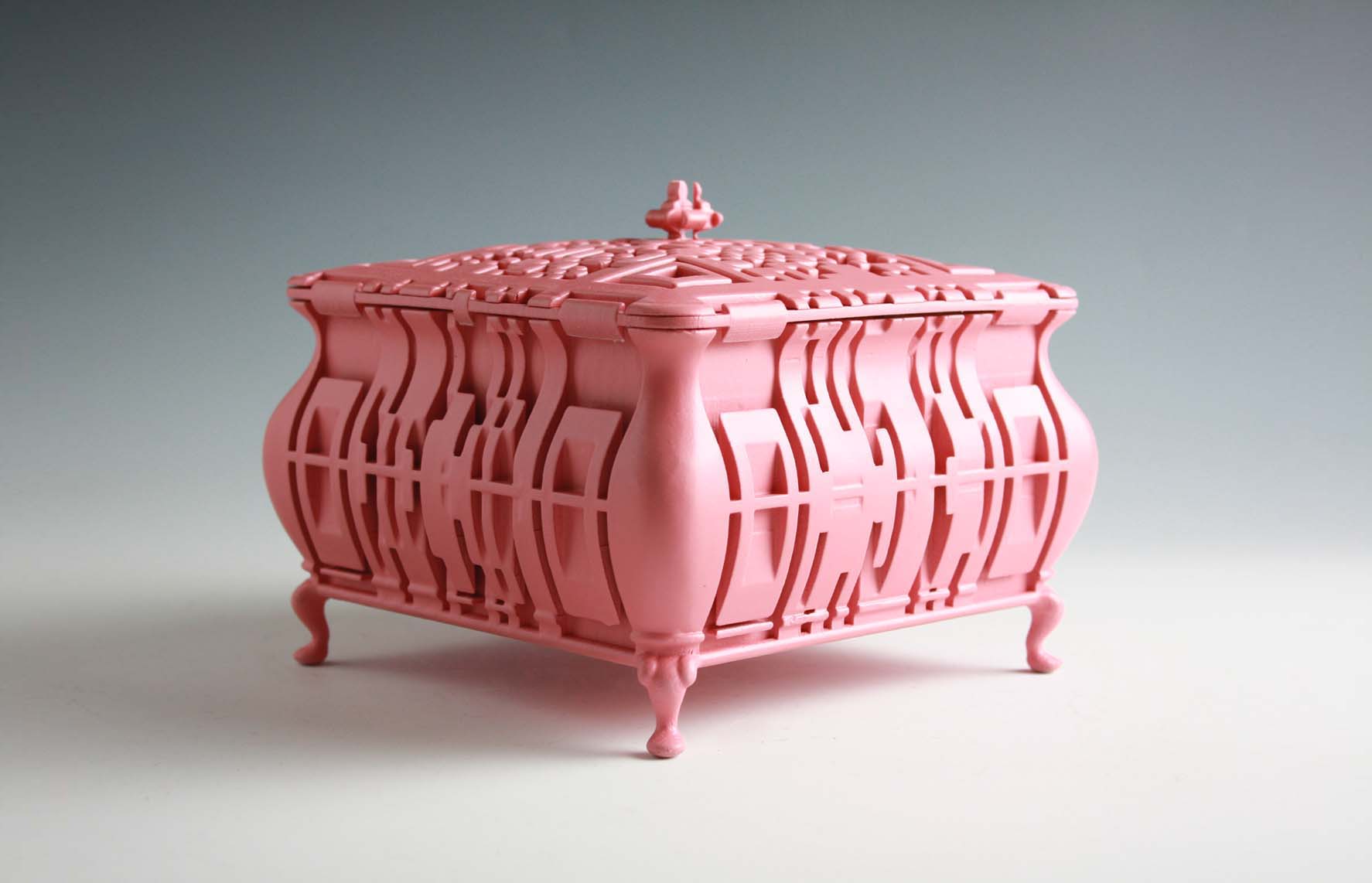 Mnemosyne, 2011, by Michael Eden is Acquired by the Carnegie Museum of Art 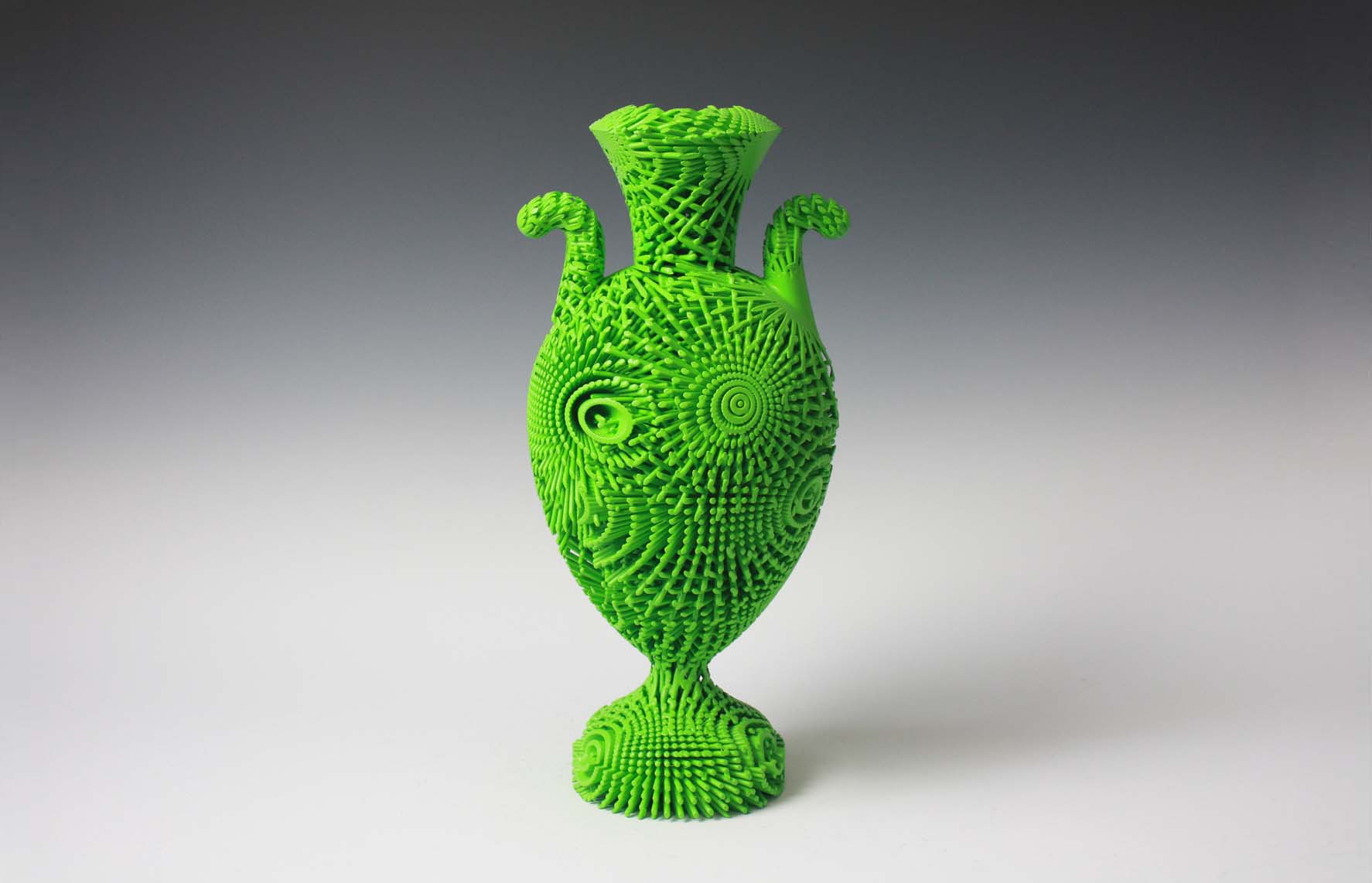