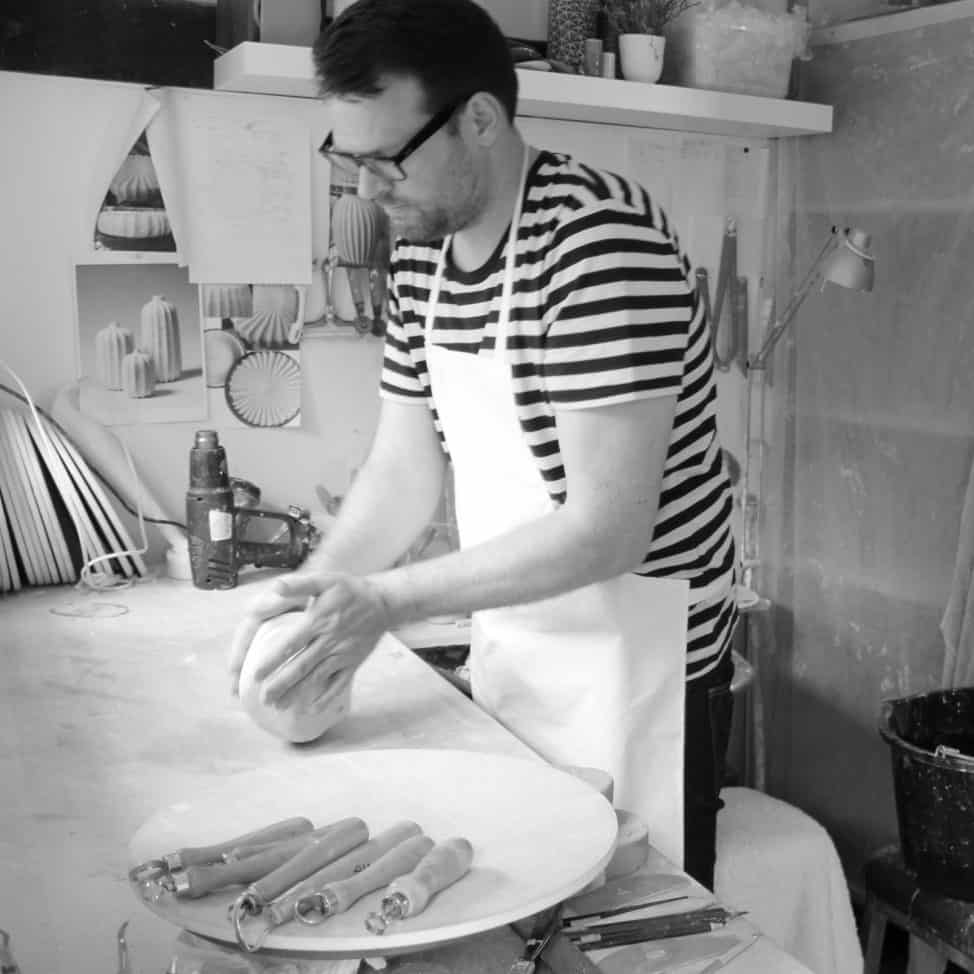 Having worked in slip-cast porcelain for over ten years Andrew decided to take on a new challenge and taught himself to throw in porcelain clay in 2006. Throwing gives a versatility and freedom to create unique forms and differing scales. Once the vessels are thrown and turned the design is carefully marked up onto the smooth pot ready for the intensive process of hand carving. Andrew uses a large number of hand tools to create his faceted, textured forms. Once carving is completed each piece is slowly dried out over many days. They are initially biscuit fired and then glaze fired to 1250 -1260 degrees Celsius.

Andrew usually works in groups of vessels as he enjoys the visual relationship between the forms. The textured surfaces evident in Andrew’s work are often inspired by patterns found in the natural world such as fossils, coral reefs and magnified plant forms.

Andrew Wicks has work in the following public collections: 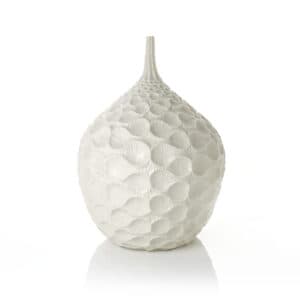 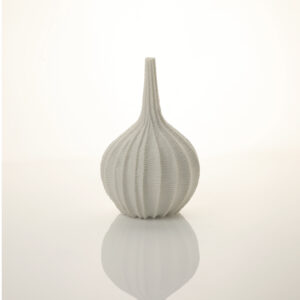 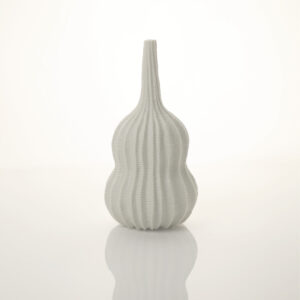 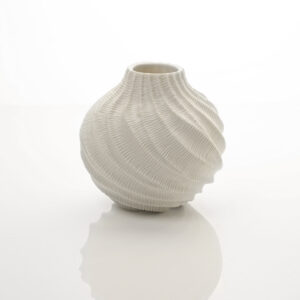 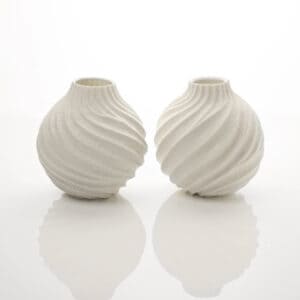 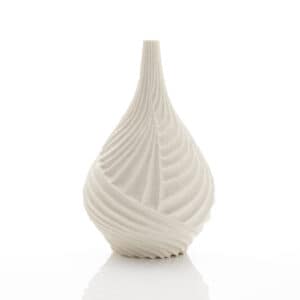 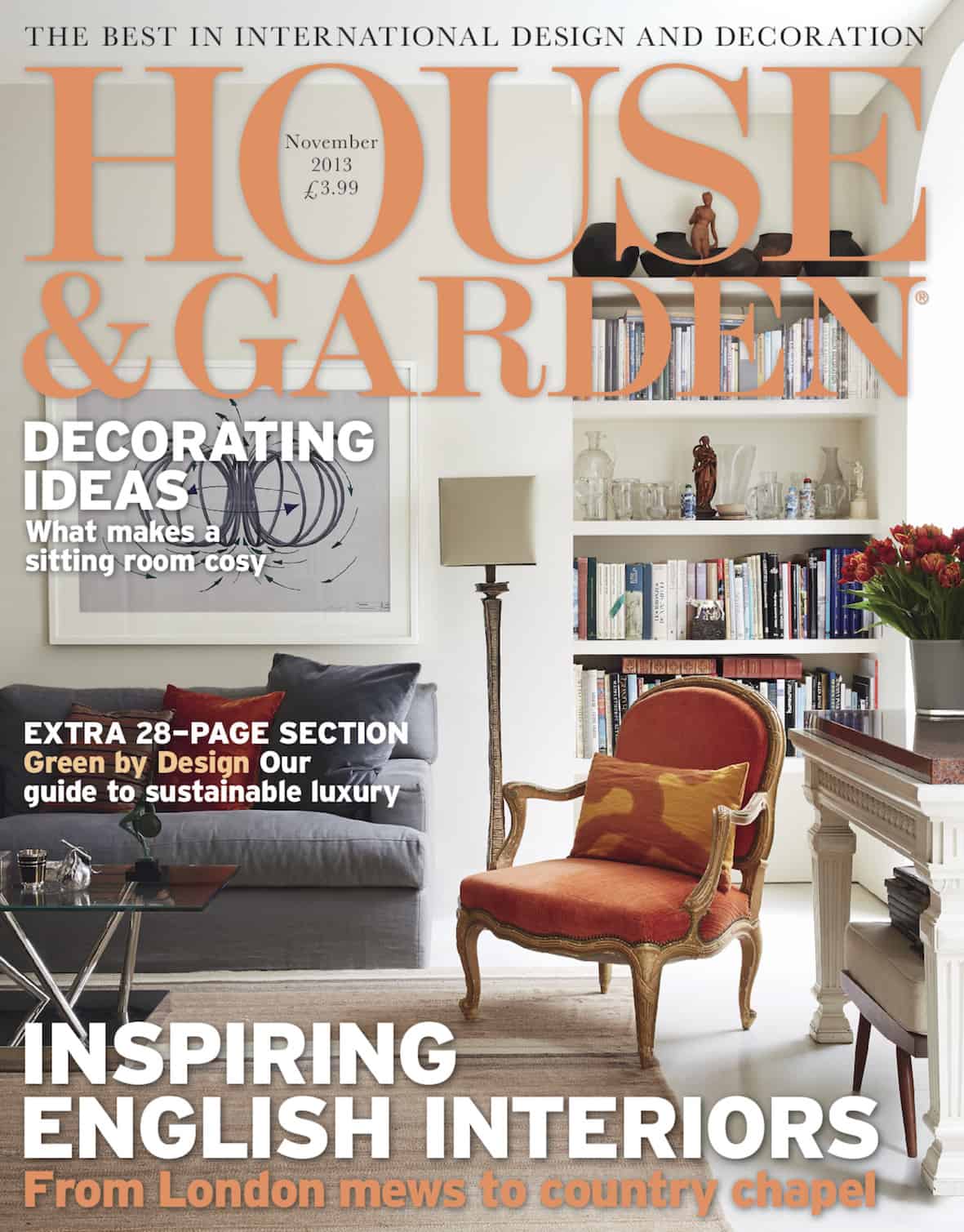